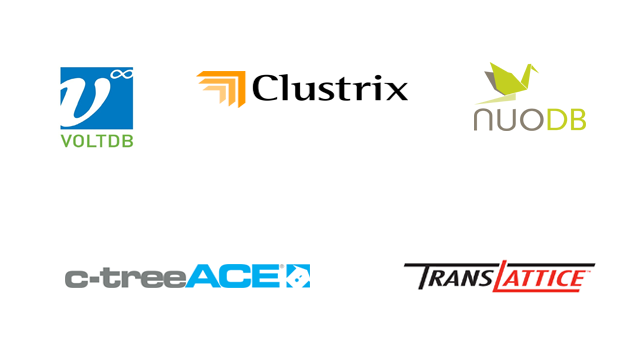 Here is a brief overview of the main NewSQL news for May 2013. This news summary was prepared by the R&D team of Altoros.

Below, you can find the details of the news listed above.

VoltDB became the database of choice to speed up and simplify the retail inventory and transaction data throughput of Shopzilla, Inc. According to the company, the new database enables better data monetization and improves the efficiency of their services.

VoltDB became a finalist of the 2013 Innovation Showcase

The tenth annual MIT Sloan CIO Symposium selected VoltDB as a finalist of the 2013 Innovation Showcase for delivering measurable results and innovation to enterprise IT. The company’s top management was invited to share their insights on key issues at the Symposium held on May 22, 2013.

NuoDB 1.1 is already available on the AWS Marketplace, according to NuoDB’s official blog. The database comes with the new CloudFormation template designed to help new users to start working with NuoDB 1.1. This and other templates (for versions 1.0.1 and 1.0.2) can also be downloaded from the NuoDB CloudFormation Template Repository on Github.

In addition to the 1.1 release, NuoDB has introduced their new Developer Center Website, a user-friendly framework integrated with the NuoDB web console for managing databases and resources. Now, users have access to all product documentation, the open Confluence Wiki, and many other features, such as the Storefront Demo App and Scale-out Benchmark, the latest SQL Explorer fully integrated into the web console, etc.

FairCom, the company behind c-treeACE, has announced the availability of its database as an option for the users of the Protheus ERP system by TOTVS, one of the largest Brazilian software providers. The new database will offer enterprise-class performance without the need for expensive hardware or expert administration.

TransLattice will be available on Dell’s new IaaS service

Dell is launching the Dell Cloud Partner Program in line with their plans announced last year. It looks like the new cloud service supported by providers, such as Joyent, ScaleMatrix, and ZeroLag, has already been tested with some customers. A number of tech companies had announced before that they would be on Dell’s new cloud, for instance, TransLattice had said in February their database would be available on both AWS and Dell’s IaaS.

These were the main NewSQL news for May 2013. Stay tuned for new updates from our team.

The post was written by Eugene Melnikov and edited by Alex Khizhniak.

Can Japan Win Over COVID-19 with Technology, Automation, and Telemedicine?
Read More
709

The List of Featured Graph Database Overviews and Benchmarks
Next