More Ideas Than Things at Internet of Things Expo 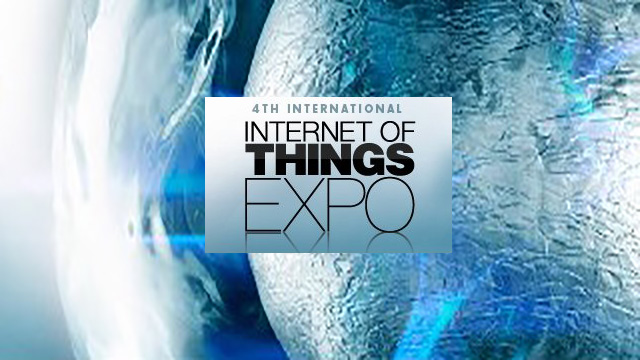 by Roger StrukhoffNovember 12, 2015
Many great ideas and visions were presented over three days in Santa Clara in the heart of Silicon Valley.

Thousands of attendees showed a high-level interest in the Internet of Things, November 3-5, at ThingsExpo in Santa Clara, an event that’s co-located with Cloud Expo.

I serve as Conference Chair of the events, working with full-time staff to build out 10 content tracks, including three tracks that focus exclusively on the IoT. And I was surprised at the level of interest. Attendance was up significantly, and the IoT session rooms were jammed throughout the three days of the conference. A Day 3 keynote by focused on how to build a successful IoT company, and drew a large, rapt audience. Below is the full video of the keynote.

Things themselves were not prominent at ThingsExpo, as the conference focused more on ideas than on implementations. This is as it should be, in my opinion.

The reality is that most of the things one finds in the Internet of Things are small, inexpensive, and noticeably unsexy. Small beacons, sensors, and boards. Cables. Routers. The infrastructure doesn’t have an overpowering presence or coolness.

To be sure, there are connected cars that are pretty cool. But a car is a car, and not something we haven’t seen before. And there are other big exceptions, such as GE Software and IBM gathering data from jet engines.

But in my opinion, the true excitement within the IoT comes with the massive dataflows, analytics, and consequent potential to transform industries and societies. It’s not only a lot of fun to gaze at visualizations, interfaces, and the latest in software developments in the area of predictive analytics. In doing so, we can see a future of continuous improvements in agriculture, healthcare, materials and manufacturing, and transportation.

At ThingsExpo, for example, there were some highly interesting discussions:
of Ericsson outlined a program of Volvo connected cars and said there would be tens of millions of self-driven vehicles on the road by 2020.

of Octoblu (now part of Citrix) talked about how his original vision of “Skynet” (from the Terminator movies) has morphed, in the real world, into a less benign, yet very powerful mesh of ubiquitous IoT-connected devices.

of Luxoft talked about how a major farm-tractor manufacturer not only uses GPS to maximize cultivation, but also relays real-time information about weather conditions, predicted yields, and other key information. of IBM Cloudant talked about how to bring data from the cloud to the edge of a network (an area called “fog computing” by some), with the goal of building offline IoT apps. He invoked Apache CouchDB and other open-source tools in his talk.

Speaking of offline, of BSQUARE turned some heads at the show by pronouncing, more than once, that the Internet was not necessary for every conceivable IoT (or NoIoT) application, citing an example of mining equipment located miles underground.

and of Solgenia presented panoramic views of data visualizations and predictive analytics, throughout a spectrum of industries and markets.

I led a “Power Panel” that discussed the many IoTs that have emerged—wearables, Industrial Internet, Smart Grids, and all things Analytics. The unanimous opinion of the panel was for companies to “start small.” Even an all-encompassing IoT vision needs to have a modest PoC and pilot to show how this vision will actually play out, and allow for rational planning for a project’s ultimate cost, benefits, and ROI.

A news crew from NHK (public TV in Japan) was on-site, recording certain sessions and interviewing people. The takeaway I got from the producer was that companies in Japan view the US as the global leader in IoT—something I might dispute, given the high level of activity in Europe—and Silicon Valley as the center of IoT in the US.

(A recent search we conducted showed the highest number of engaged professionals in IoT to be in Silicon Valley, Boston, Seattle, and Dallas.)

Meanwhile, burbling beneath all this—and beneath numerous technical sessions focused on the IoT—was the realization that a serious platform must exist to make these dreams possible. Furthermore, conversations I had with attendees seemed to be steered back to on-premises cloud infrastructure. The engineers with whom I spoke said they need to test and eventually deploy IoT projects with massive horizontal scaling and felt more at ease doing this on their own infrastructure.

Cloud Foundry was quietly mentioned in these conversations—and to be fair, OpenShift was as well. Red Hat has had a significant presence at Cloud Expo in recent years, with lots of discussion about the IoT. I think that a year from now I’ll be able to report how at least some of these ideas have become implementations.

Top Quotes From the Cloud Foundry Summit Berlin 2015
Next