Hyperledger Requirements and Adoption Bottlenecks in Finance and Real Estate

by Carlo GutierrezJune 23, 2016
Blockchain awareness may be on the rise, but there are still some major hurdles left before widespread adoption can start in industries, not just IT.

Clearing up the blockchain confusion

Renat begins the discussion by asking each of the speakers about their individual experiences with blockchain technology. 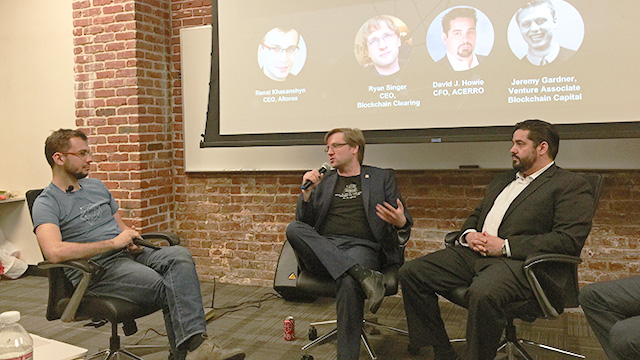 “I feel like a lot of this confusion has deliberately been encouraged by the press.”
—Ryan Singer, CEO, Blockchain Clearing

Ryan explains his statement by going back to the very origin of blockchain, which is Bitcoin.

When Satoshi Nakamoto, creator of Bitcoin, released the white paper, it “introduced Bitcoin as an e-money system with the blockchain concept as a way to be able to tell what can be for what and then choose blocks as the way to order transactions.”

“If you search the Bitcoin white paper for the term blockchain the way it’s commonly styled with no space, you’re not going to find it.” —Ryan Singer, CEO, Blockchain Clearing

Ryan adds to the explanation further with an analogy between the creation of DNS and the creation of blockchain stating, “I like describing it like BIND in DNS, where DNS was not a thing people designed. People designed BIND, a software for being able to resolve the differences in IP addresses and DNS emerged as a standard in the same way that ‘IBM compatible’ emerged as a standard.”

“If your software could interact with BIND then it was good enough for DNS. In a lot of ways, if your software can interact with Bitcoin Core then it was good enough for Bitcoin which a lot of people call the blockchain,” says Ryan. “There was never a technical standard first. The press, in their attempt to run away from Bitcoin as fast as possible, have created a false myth that has basically penetrated everybody who says they want a blockchain strategy that doesn’t allow Bitcoin to transact with it.”

Renat follows up on the initial experience thread with David J. Howie and how blockchain technology factors in or can be a factor in real estate.

“I’ve been following the blockchain space for a little bit now so I’m still learning,” says David. “How I can kind of see it trickling into my industry is that [real estate] is highly regulated. 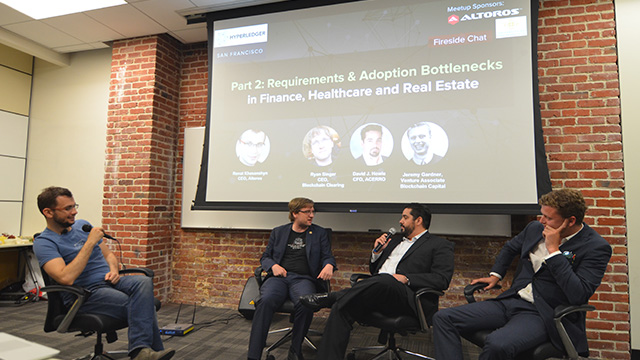 “There’s a lot of inefficiencies in that area alone,” explains David. “There’s actually a movement going on right now where the National Association of Realtors is trying to form one centralized MLS (Multiple Listing Service).”

“Right now, there’s about 400 MLS which is crazy. I see a lot of blockchain applications in there.” —David J. Howie, CFO, ACERRO

Another area in real estate that could use blockchain is in the title insurance business, “where 12B USD was spent in the US alone.”

“Essentially what you’re paying for is the labor and the research making sure there is no fraud in your chain of title and that the person who’s conveying the title to you and selling the property is actually able to do that,” says David. “I think the blockchain is definitely an interesting use case.”

“I was one of the first people who thought the blockchain was really going to captivate people and sure enough that’s really the evolution we’ve seen because it enables more than just money,” says Jeremy. “As Ryan said, that was never the original intention—the word blockchain never shows in the original white paper. I think this is a healthy evolution.

“There’s going to be a lot of stumbling early on as people start to play around with this technology.” —Jeremy Gardner, Venture Capitalist, Blockchain Capital

Jeremy points out that the top companies aren’t that far ahead when it comes to blockchain technology. “We talk to Fortune 100 companies all the time and they don’t really know [what’s going on] and that’s fine. They’re going to learn, but I think at the end of the day, we’re going to find that the use cases for the blockchain are slightly more limited than we think they are now and in other ways it’s going to be far more expansive as we dig deeper into the technology.” 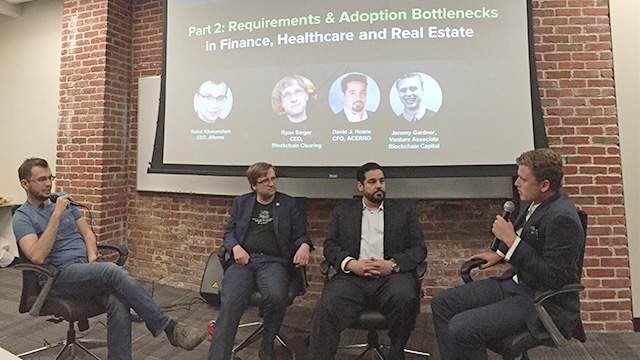 Requirements for blockchain use cases

Moving on to use case requirements, Renat asks the group regarding their take on rules or formulae that would apply to potential blockchain use cases.

“It has to be 10x better because it’s so fundamentally disruptive to traditional business processes and if your solution is not exponentially better that what is currently provided, there’s no way large enterprise customers are going to adopt.” —Jeremy Gardner, Venture Capitalist, Blockchain Capital 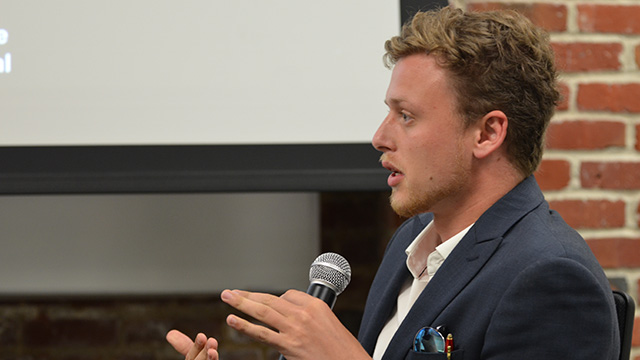 “What you’re looking for are scenarios where the market is suffering as a result of the gatekeeper and decentralizing the trust and disintermediating that gatekeeper will create such amazing value that people would rather join this open market than do the much easier thing of working with the current infrastructure.” —Ryan Singer, CEO, Blockchain Clearing

An existing blockchain use case

As an example use case, Ryan brings up Bitpagos, a company that helps merchants in Argentina take foreign credit cards which they then pay out in Bitcoin. 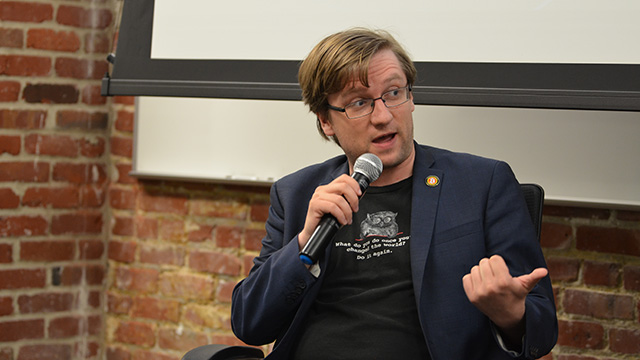 “The gatekeeper for the Argentinian banking system basically completely isolates Argentinian business people from the world altogether and completely controls them and causes incredible social damage,” says Ryan. “So by cutting that out, giving it a more reasonable regulatory scheme and then just pushing the Bitcoin which the gatekeepers can’t control creates incredible amounts of value.”

The escrow companies act as the gatekeepers in the world of real estate. They are regulated by the patriot act and anti-money laundering policies.

“You can’t use Bitcoin currently to buy real estate. You have to use US dollars,” says David. “That’s a challenge in my industry, so besides using blockchain as an asset class for payment, I think blockchain can be used in other ways.” 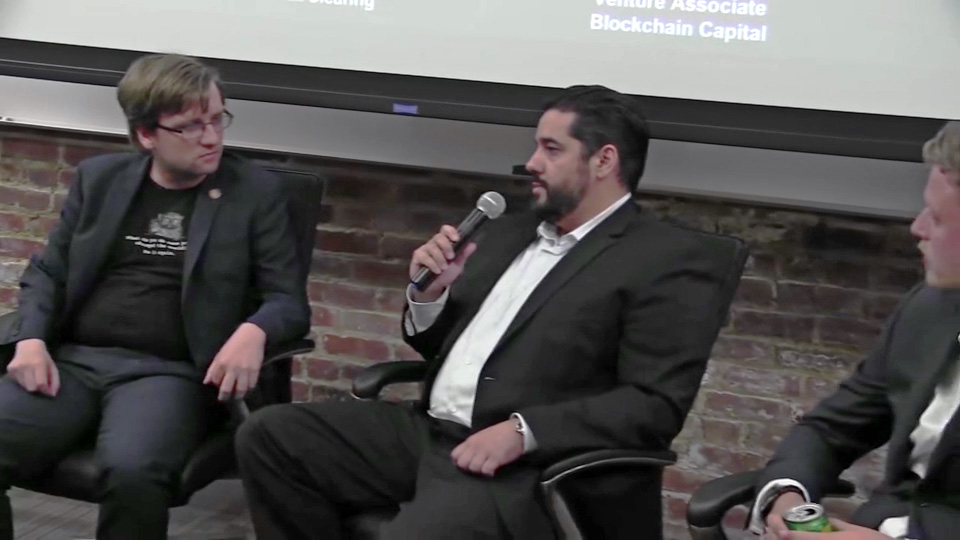 As mentioned before, there are about 400 different MLS in real estate. MLS are private companies that associate with a global association of realtors.

“There’s this movement to put them all together and have one central MLS,” says David. “With the Hyperledger Project and the whole permissioned [network] built into it, that’s perfect for this industry because you have to have a license, so there has to be some kind of authentication.”

The requirements for adoption of blockchain in the varying industries boiled down to these few key factors:

“Even if you do a 30 day escrow or 7 day escrow on cash, it’s still going to take time for all these different things to happen. Speeding up that process is going to add value so there’s a lot of room for innovation.” —David J. Howie, CFO, ACERRO 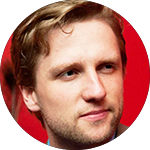 Ryan Singer is an accomplished entrepreneur and leader in Bitcoin, the broader open source ecosystem, academia and the non-profit sector. He was Co-Founder and COO of the largest American Bitcoin exchange, Tradehill, Inc. Before Tradehill, He co-founded Peace Markets, a marketplace for cross-conflict peace building, a project of the Stanford Peace Innovation Lab. Other ventures included The OpenDocument Foundation, The OpenDocument Fellowship, OpenOffice.org and stints working for Sun Microsystems, Starbucks and the State of Georgia. 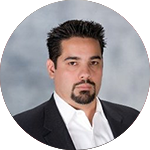 David Howie is the Chief Financial Officer of ACERRO, a venture-backed real estate tech start-up company, that is opening offices throughout California with existing offices in Silicon Valley and Sacramento. He is also the CFO of California Loan Associates, Inc. (“CLA”), an affiliate of ACERRO. CLA is primarily a mortgage brokerage firm. During David’s tenure with CLA the firm diversified its business with a real estate brokerage division which has evolved into ACERRO. 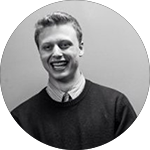 Jeremy Gardner is a Venture Capitalist for Blockchain Capital. He began as an entrepreneur-in-residence and is now investing in the best ideas in the bitcoin/blockchain space fulltime. He is also an Advisory Board Member of Bitcoin Shop which is a publicly traded ecommerce marketplace that offers consumers, vendors, retailers and brands a platform to access the rapidly growing virtual currency economy. Bitcoin Shop allows holders of virtual currencies, like bitcoin, to shop from 400 categories and 140,000 items.

Industrial Internet: Numbers, Challenges, Collaboration, and Predix in Between
Next

Using Time Series in a Spring Boot App on Predix