by Roger StrukhoffJuly 21, 2015
The large insurance company is developing a new family of mobile health management tools and creating a DevOps culture.
Why read this?
Use Case for Cloud Foundry:

Create lean and agile culture that delivers products in weeks instead of the months and years associated with existing waterfall approach.

Using tools designed for everyone on the inter-disciplinary teams that focus on the product rather than a piece of the project is critical.

Develop a new generation of consumerized managed healthcare products, to be used on iPhones and Apple Watches.

The Cue product by Humana is open to anyone, not just Humana customers.

Humana is a health insurance provider based in Louisville, KY, with more than $40 billion in annual revenue. The company has more than 50,000 employees and more than 13 million customers.

Leading-edge innovation for Apple iPhones and Watches in a location far from Silicon Valley and other traditional technology centers.

(Note: This use case is based on a presentation at the Cloud Foundry Summit 2015 in Santa Clara, CA by and from Humana.)

Humana provides health insurance to more than 13 million people, from its headquarters in Louisville, KY. It is the highest-ranking firm in the Fortune 500 from its state (ranked 58 in 2015), and is now using Cloud Foundry as part of its Lean and Agile strategy to develop consumerized products and services.

The company is moving its development efforts from a traditional, “Big Big,” waterfall approach to a lean and agile environment. “The existing development culture was rooted in decades of success,” according to Humana’s Antonio Melo, “but to lead in the 21st century we have to change.”

The Digital Experience Center, created in partnership with Pivotal Labs, lies at the core of the new efforts. An initial effort focused on migrating a comprehensive health and rewards program called HumanaVitality from desktop and laptop systems to mobile devices.

Original engagement was a disappointing 3%. With the help of Cloud Foundry, an MVP (minimal viable product) for mobile devices was created in only two months. The program increased engagement by 10 times to 30%, well in excess of a stated goal of 10% engagement. “It’s the most popular mobile product we’ve delivered,” according to Humana’s Jason McKee. 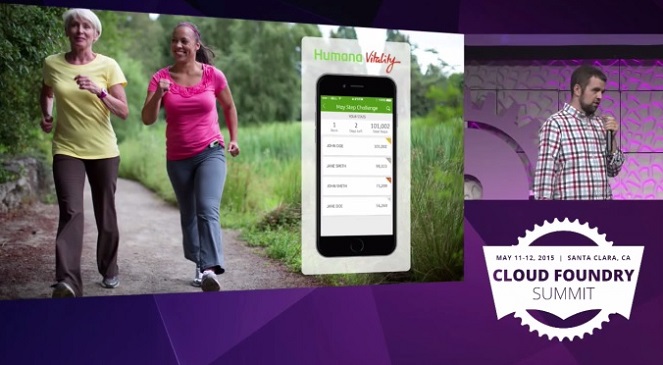 The Vitality program rewards Humana customers for making healthy choices. Participants earn movie tickets, hotel stays, digital cameras, and other rewards, accumulating points for activities such as wearing a fitness device, completing a Health Assessment, getting a flu shot, and even completing events like a 5k or half-marathon. 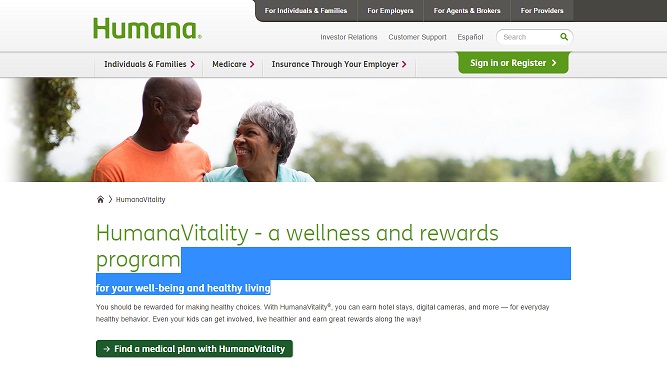 Humana has also created a conditioned management product focused on members with diabetes and heart problems, with a core API that’s a Rails app located on an on-prem Cloud Foundry instance. A third initiative for iPhones and Apple Watches is known as Cue by Humana, and is open to everyone—not just Humana customers. It reminds people—cues them—to do simple things like stay hydrated, move around, and do other small things on a journey to stay healthy.

Cue by Humana involved a team of four people taking only five week to get its first Apple Store approval. McKee says “we were told that we move like a real software company—and it’s starting to feel that way.” 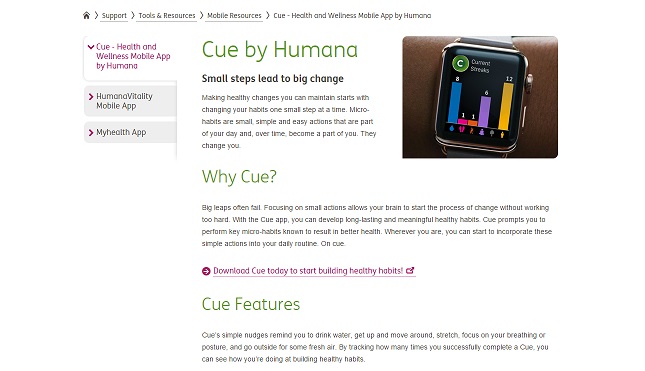 “Cloud Foundry is at the heart of what’s enabled these kinds of fast deliveries,” according to McKee. “We’re able to do what would before mean filling out a web form, getting a litany of approvals, etc. Now we’re enabled to do cf push and we’re done.”

“There is no nonsense and we’re able to deliver that value to our users in testing and production in a much more rapid fashion.” 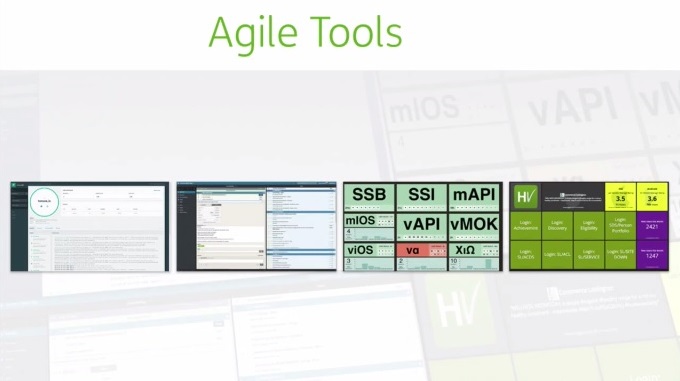 “The end result is that it allows an empowerment of our inter-disciplinary product teams,” says Melo. One feature, Pivotal Tracker, “forces us to focus on one thing at a time in contrast to the previous approach which had separate tools for separate tasks. Now we can get to one tool that focuses on the product and not the project,” he says.

Melo adds, “We cannot over-emphasize the importance of Lean/Agile development processes and a set of tools we have to disrupt the existing culture. We’re looking to transform, and to be prepared to be healthier in every respect tomorrow.”