How to Deploy a React.js App to GE’s Predix

by Dmitry KozhukhJuly 22, 2016
This tutorial demonstrates how to create a simple Tic Tac Toe game with React and deploy it to the Predix platform.

The main reasons why React is great are as follows:

If you already installed npm, just type npm init in the terminal to start working with it. It will initialize a new project for you by creating the package.json file.

To install a module, type npm install <module name> --save (the --save flag tells npm to save this module in package.json). There are two types of dependencies in the package.json file: dependencies and devDependencies. The first type includes frameworks or libraries needed for the application code. The second type in general contains bundle packages needed for transforming the code.

npm scripts are also a very important feature of the package manager. Sometimes, it is difficult to start the project server and tests or build the project when you look at it for the first time. npm scripts allow you to make aliases for any commands. If you are not familiar with the project structure, you can see the main commands in the scripts section in the package.json file. Just describe your command in package.json.

webpack bundles all your code into a single file. However, it can be quite tricky to write your first webpack config, since its documentation is not extensive (on the moment of writing this article). So, we are going to keep things pretty simple.

Here, the entry field is the root component of the app. It compiles all the code in a single file called bundle.js to the path public/bundle.js. During the compilation, we run the code through different loaders that do some transformation. (In our case, Babel compiles ES6 and React JSX into ES5.) See the example below.

The bottom line is that webpack allows you to take your code, transform it, and then compile it all together and output in a single file.

Babel, a JavaScript compiler, allows you to do the transformation that we discussed above. As you can see below, this is not valid JavaScript code.

The syntax is called JSX, and many programmers really like it. Babel transforms the JSX code into regular JavaScript, so that the browser can understand it. Furthermore, Babel can be used for adding the ES6 syntactic sugar to your project. We use two presets in our project: JSX and ES6 transformations.

For this article, we use a simple project structure, because the project is not big enough. We placed the code of all the components in a single-folder app. However, if the project grows, this approach will not be suitable.

Decomposition of the components

The main component that renders our Board component is App.

To render the main component, you need the react-dom module.

Previously, this module was a part of React, but now it is an independent module for rendering. It was separated to have the possibility to use the module with other frameworks, not only with React.

All React decomposition can be represented as a graph. For example, our app is represented by the scheme below. 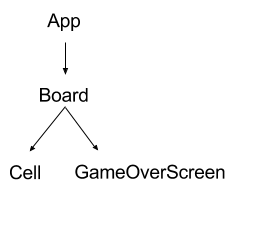 That is why you have to fill in only the main entry in the webpack.config file.

Deploying the app to Predix

Before deploying your app to Predix, install the Cloud Foundry CLI and verify the installation by typing cf in the terminal.

To deploy your app, create a space in your Predix account—log in to www.predix.io and use the Create space button.

Then, you need to log in to Cloud Foundry—go to the terminal and type cf login.

The terminal asks for the API endpoint, so we use the following: https://api.system.aws-usw02-pr.ice.predix.io.

Next, enter your Predix account credentials and select the previously created space. 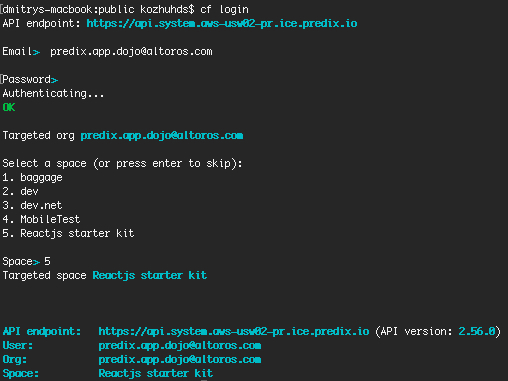 For deploying an app to Predix, you also need to create the manifest.yml file.

Replace <app name> with your app name. In our case, it is react-tictac.

Then, move the manifest.yml to the directory with the compiled project. 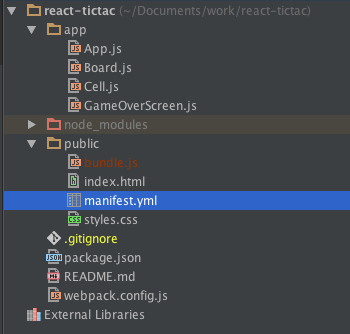 Go to the terminal, type cd <compiled-files-folder>, and then use the cf push command. 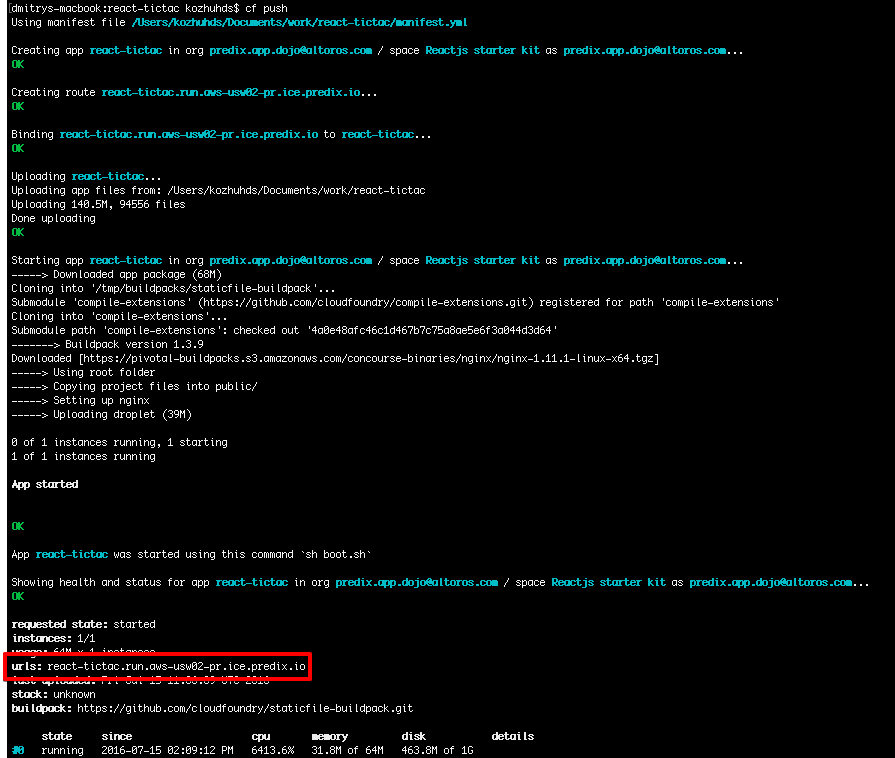 That’s it. Your app is available via HTTPS. (The URL is highlighted in the screenshot above.) 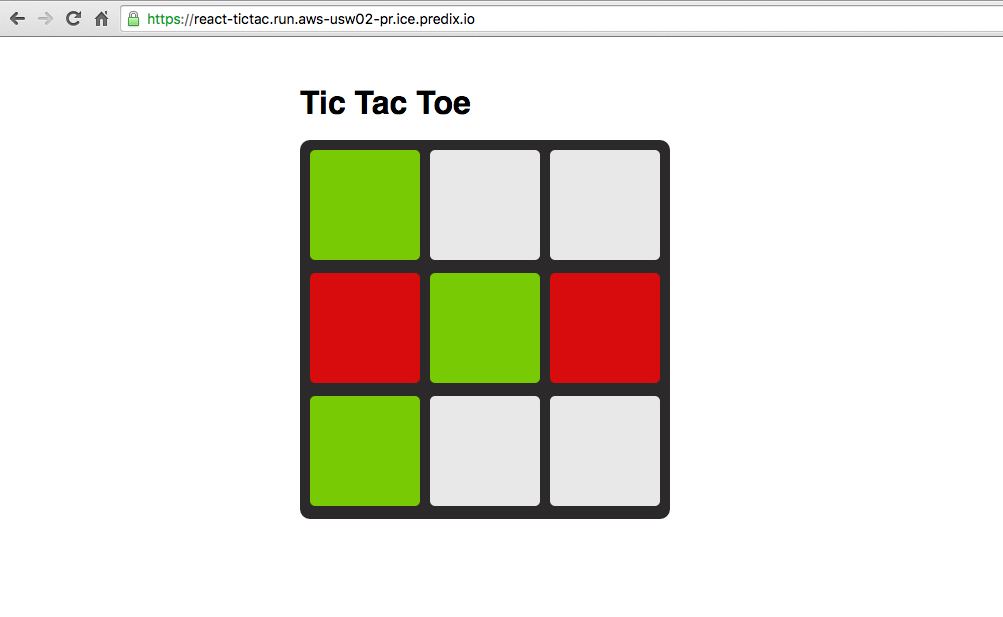 This post was written by Dmitry Kozhukh with assistance from Victoria Fedzkovich and Alex Khizhniak.

Dmitry Kozhukh is a front-end developer at Altoros. Using JavaScript, HTML, and CSS, he specializes in creating interactive, yet functional web applications and digital interfaces—according to the latest trends in the industry.