by Sergey KovalevJune 20, 2016
Learn how neural networks and deep learning frameworks such as Caffe can help with identifying diagnoses based on X-ray images.

Deep neural networks possess a variety of possibilities for improving medical image segmentation. This article shares some of the results of a research conducted by our partners at the Biomedical Image Analysis Department of the United Institute of Informatics Problems, National Academy of Sciences of Belarus. The study aimed at examining the potential of deep learning and encoder-decoder convolutional neural networks for lung image segmentation.

Examples of the original images and corresponding lung masks are illustrated in the following figure. 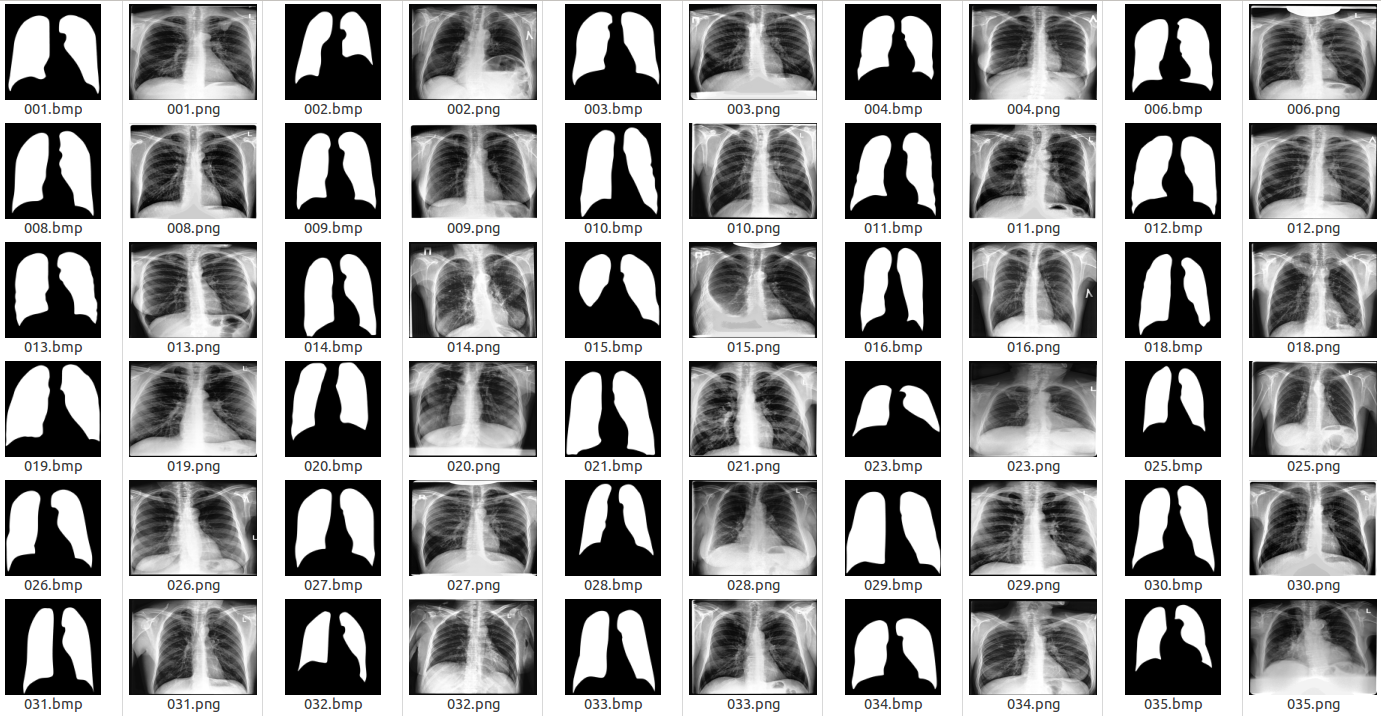 In the figure below, you can find the neural network architecture that was used during the study. 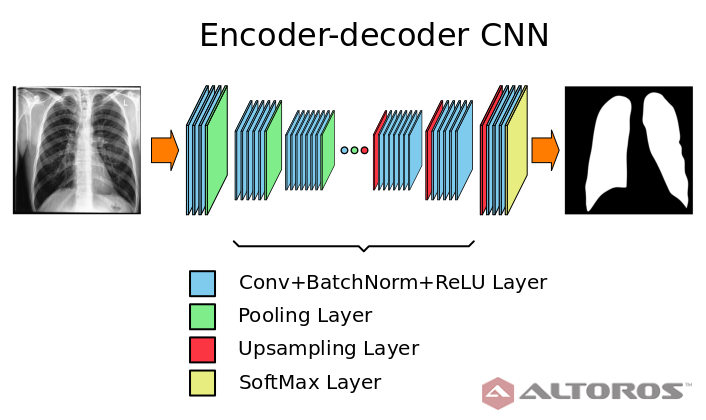 A simplified scheme of the encoder-decoder neural network architecture

The network had a typical deep architecture with the following key elements:

All experiments and testing were performed using the Caffe framework. The input and output network fragments are illustrated in the figure below.

The neural network was trained on the NVIDIA TITAN X graphics processor with 12 GB of GDDR5 memory. The network training parameters were as follows.

As a result, the segmentation accuracy was assessed by comparing the automatically obtained lung areas with the manual version using Dice’s coefficient, which is calculated as shown in the formula below.

Examples of the best and worst segmentation results are given in the following figures. The red area in the image below presents the results of segmentation using the trained neural network, and the white line shows the ground truth lung mask boundary. 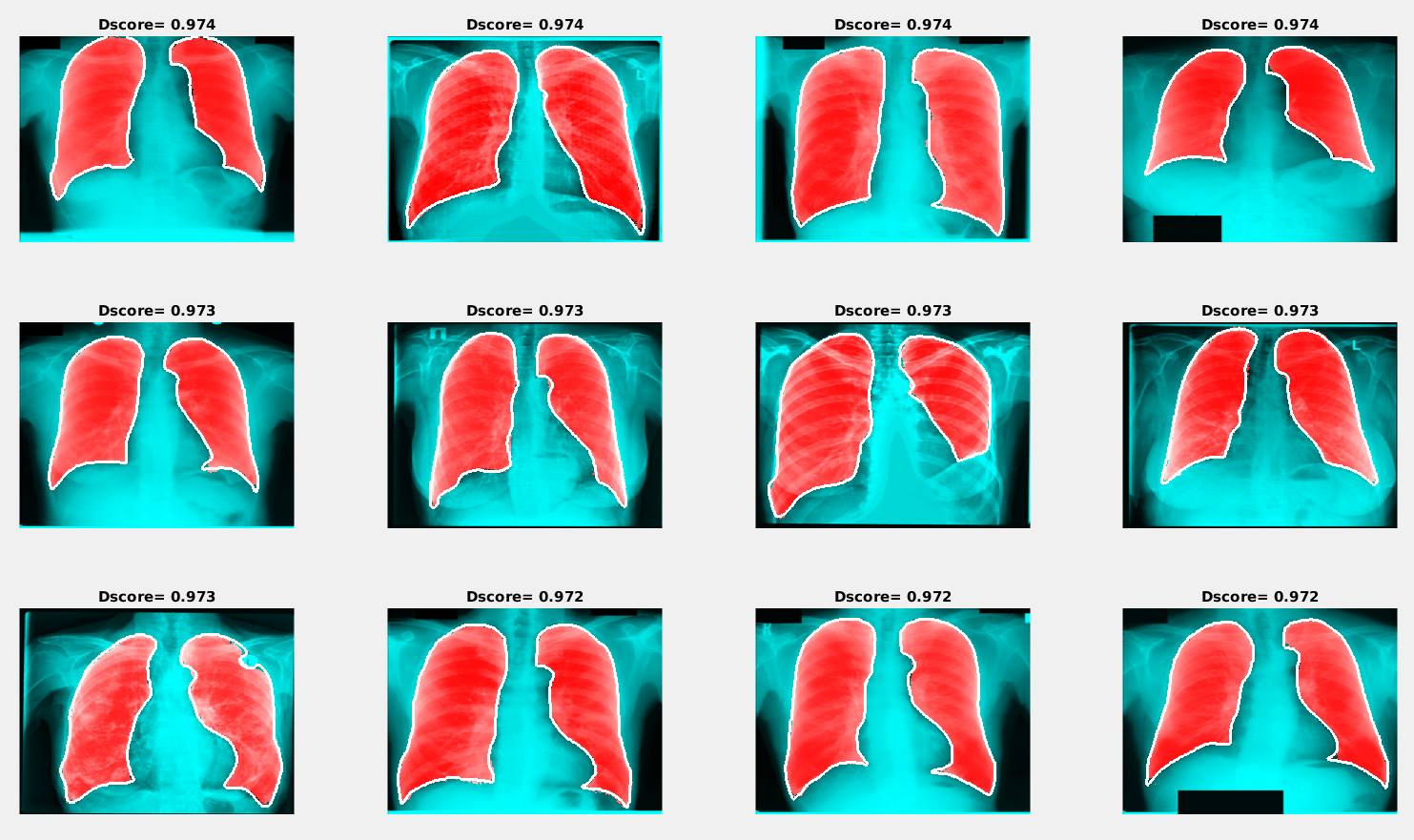 Examples of segmentation results with the maximum Dice score

Similar to the previous image, the red area in the figure below shows the results of segmentation using the trained neural network, and the white line presents the ground truth lung mask boundary. 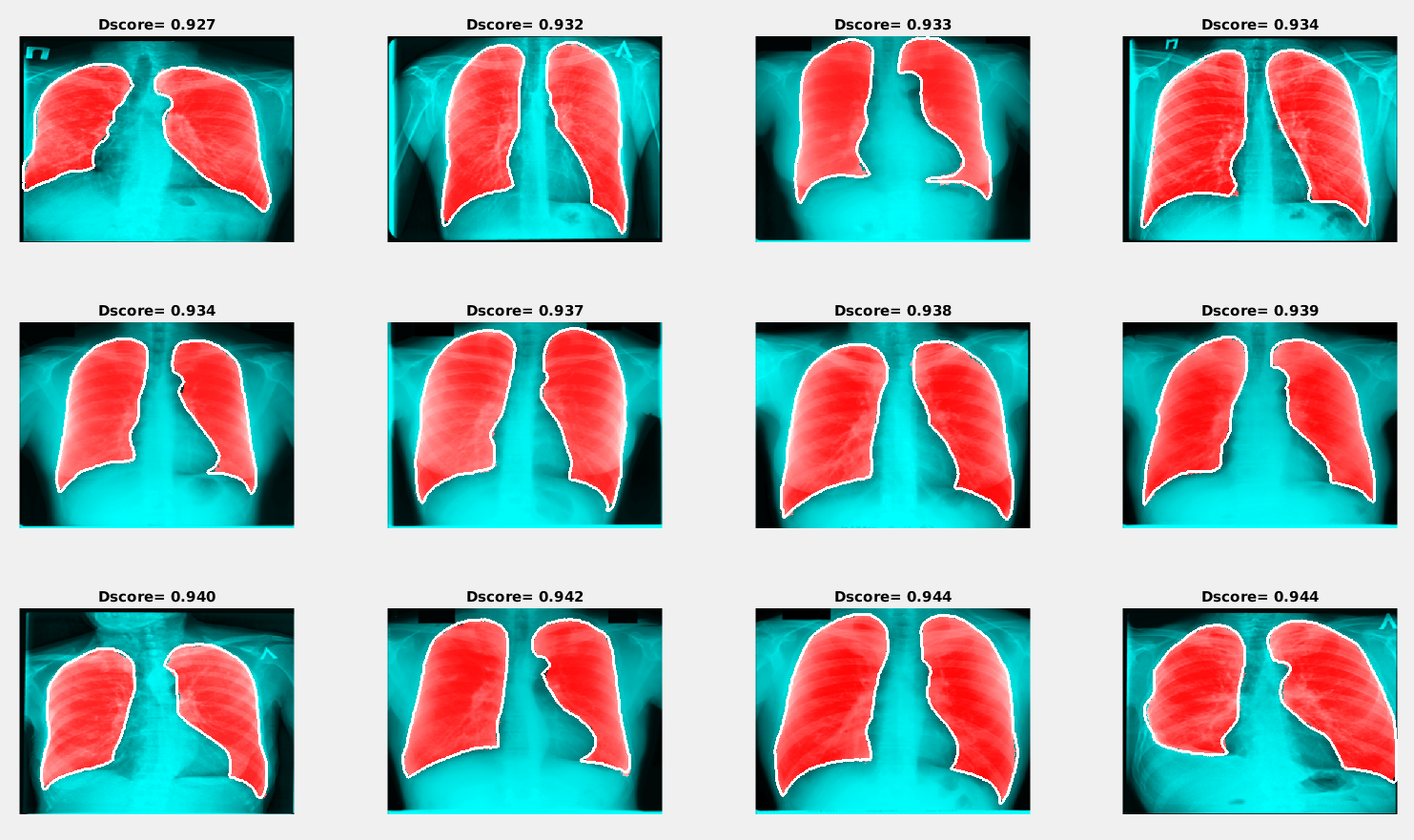 Examples of segmentation results with the minimum Dice score

The results obtained during this study have demonstrated that encoder-decoder convolutional neural networks can be considered as a promising tool for automatic lung segmentation in large-scale projects. For more details about the conducted research, read the paper, “Lung Image Segmentation Using Deep Learning Methods and Convolutional Neural Networks” (PDF).

The described scenario was implemented with the Caffe deep learning framework. If you have tried to use Deeplearning4j, TensorFlow, Theano, or Torch for similar purposes, share your experience in the comments.

The post was written by Sergey Kovalev; edited and published by Victoria Fedzkovich and Alex Khizhniak.

Can Japan Win Over COVID-19 with Technology, Automation, and Telemedicine?
Read More
1459

Hyperledger vs. Ethereum: Yes? No? Maybe?
Next