Enabling TensorFlow to Recognize Images via a Mobile Device

by Sophia TurolMay 16, 2017
Learn what steps to take to build a convolutional neural network that will recognize and classify images via a mobile device.

What can mobile add to AI?

Things have dramatically changed as half of the Fortune 500 have disappeared since the year of 2000. Just a few years ago, startups and companies would promote artificial intelligence merely as an “extra add-on” to their business models. What we observe today is that you can hardly find a startup, which is not trying to exploit the perks of artificial intelligence to the fullest.

When it comes to machine learning, training a model is still seen as a very compute-intensive action, thus carried out on a server. In his session at Google Cloud Next 2017, Yufeng Guo, a developer advocate for Google, explored whether it is possible to bring machine learning training to mobile, which is considered lower-powered and can’t flex out to multiple virtual machines. 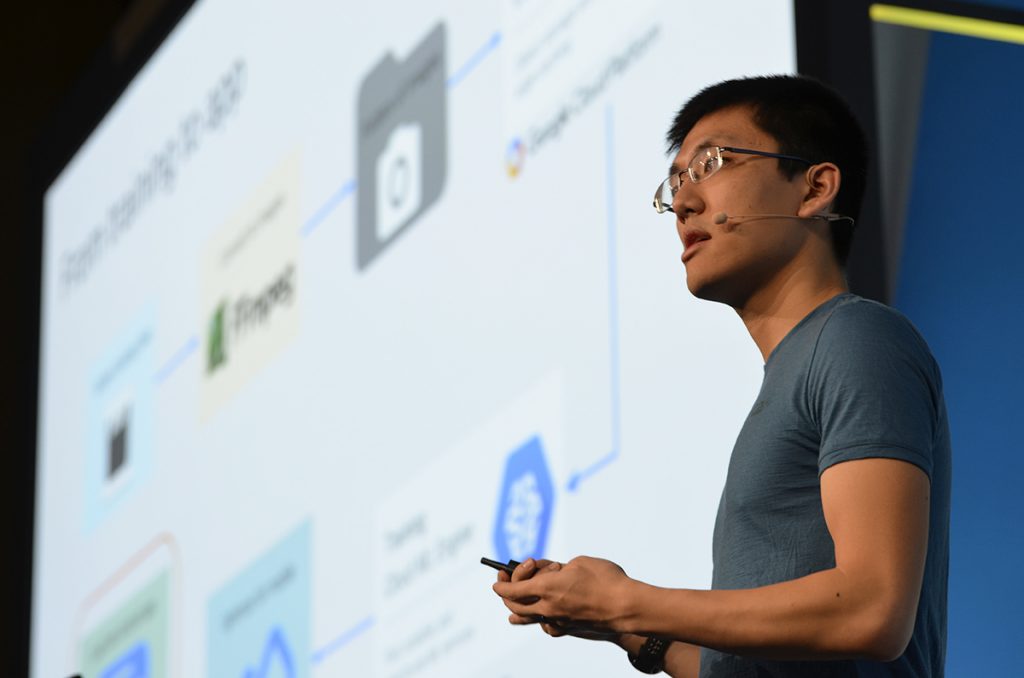 “Artificial intelligence is well-poised to revolutionize how we compute, how we connect, and where we do all these things, and make it ubiquitous.” —Yufeng Guo, Google

Using mobile to connect to a server for prediction, like a web app or a website do, is all nice. However, enabling prediction—by implementing machine learning—on a physical device itself brings along unsurpassed user experience. A good example is Google Translate, which employs on-board machine learning to overlay the translated text. 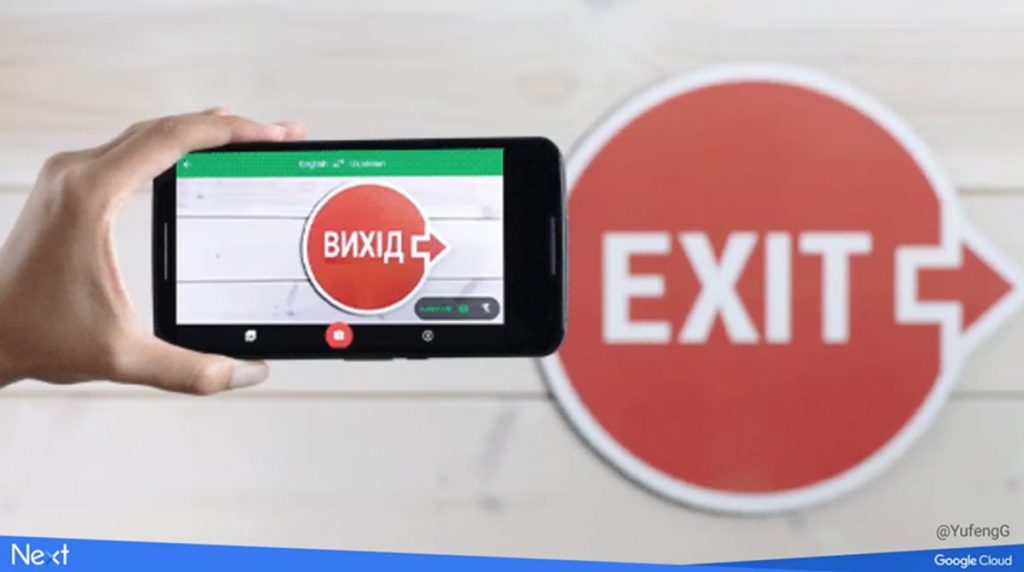 Convolutional neural networks behind the scene

Yufeng demonstrated how to do custom image classification, using a model that will “live on the device” with no tedious data collection, labeling, or weeks of training and writing distributed code involved. 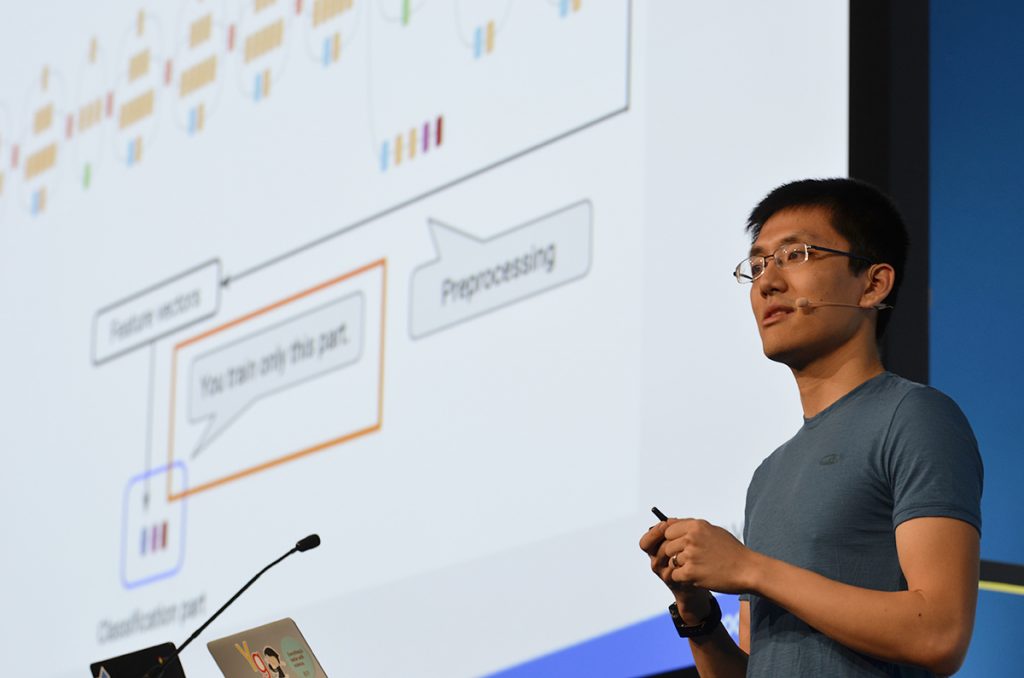 So, what are the steps to go from training to an app? 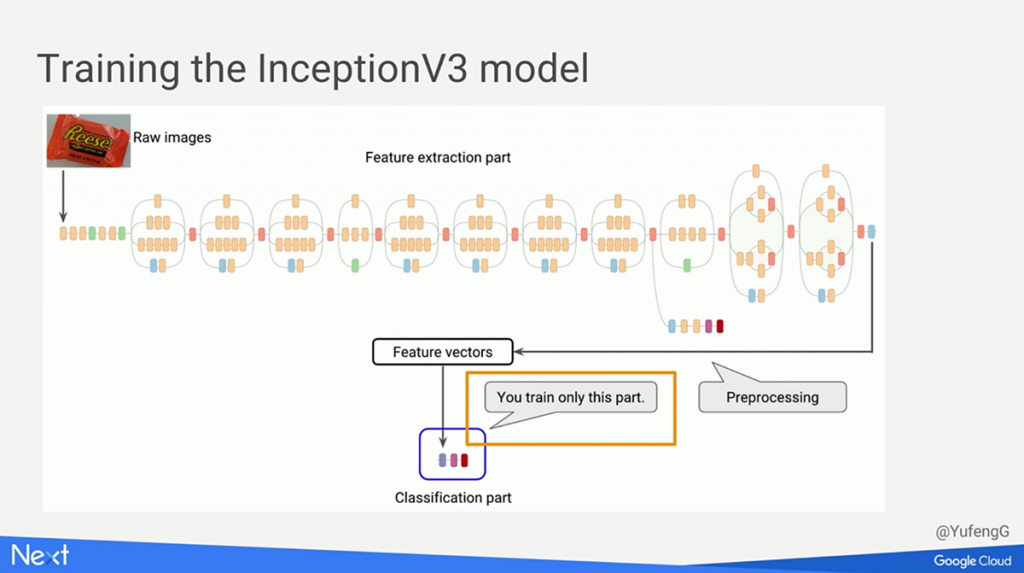 Then comes the challenge to make it work with mobile, Android in this particular case. The thing is that the libraries used on the Android version of TensorFlow lack certain operations. To overcome the burden of little compute power on mobile, one has to strip down the model. (The output of Yufeng’s experiment is 84 megabytes, which is just too much.)

One may utilize the Graph Transform tool to downsize the model. Thus, you can quantize the space-taking 32-bit values to just 8-bit ones. Needless to highlight that now we’ve got a 20-megabyte model, accuracy still decent thanks to neural networks doing their job. 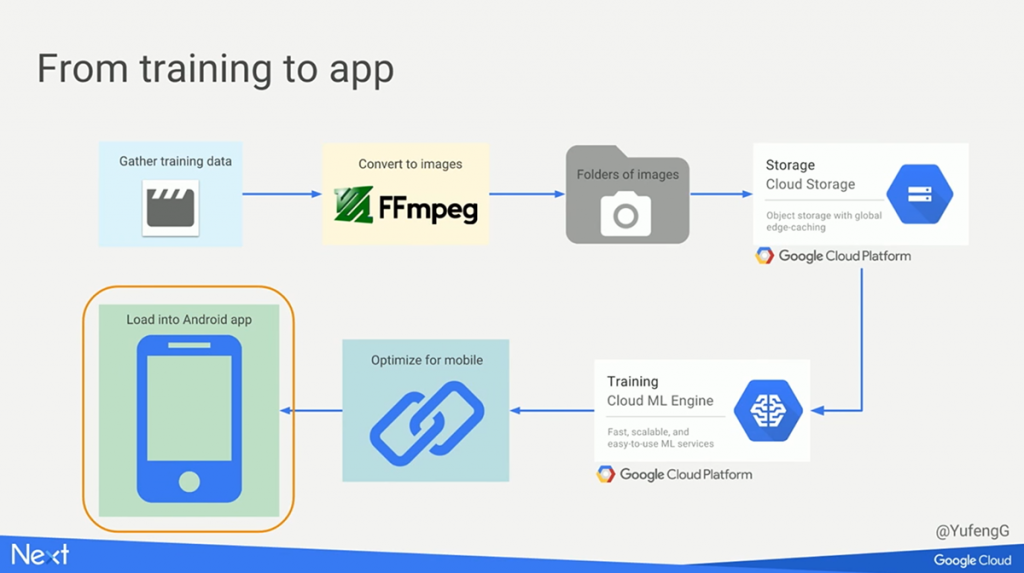 There are two major options of finally delivering the model to users:

Both options drive certain bargain. The built-in option secures the model, while putting it as a separate file provides flexibility in introducing updates. So, the choice is up to your priorities. 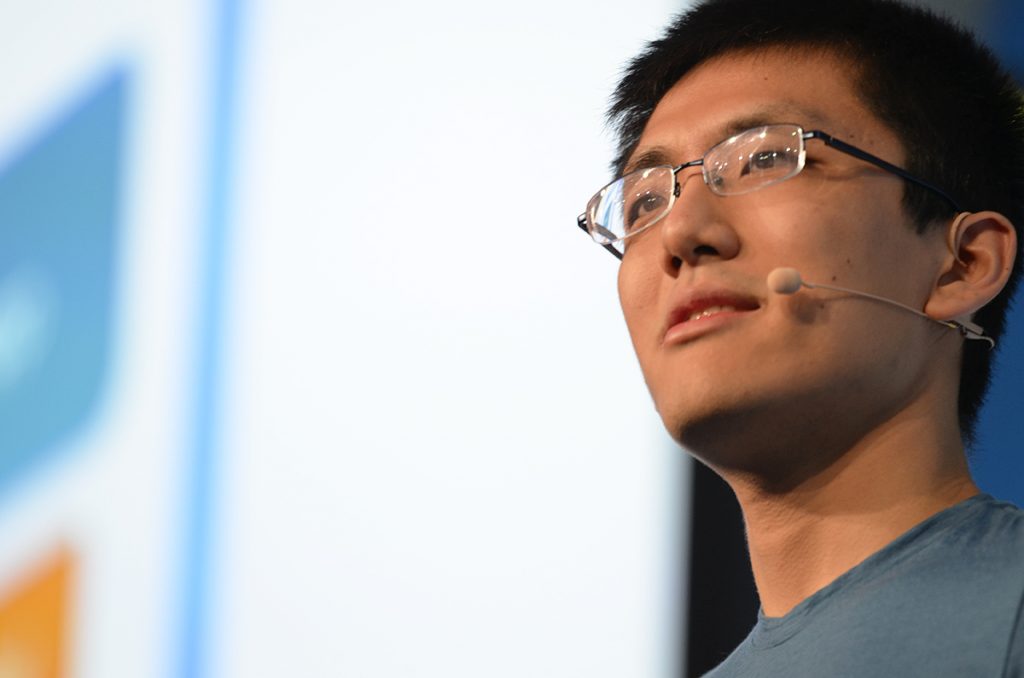 With TensorFlow, it is possible to combine the powers of mobile and machine learning on Android and iOS (do not forget support for Raspberry Pi, GPU, CPU, and TPU).

Yufeng Guo is a developer advocate for the Google Cloud Platform, where he is trying to make machine learning more understandable and usable for all. He is interested in combining IoT devices, big data, and machine learning, while always enthusiastic about learning new technologies.