Can Software Change the World? The Role of Cloud Foundry 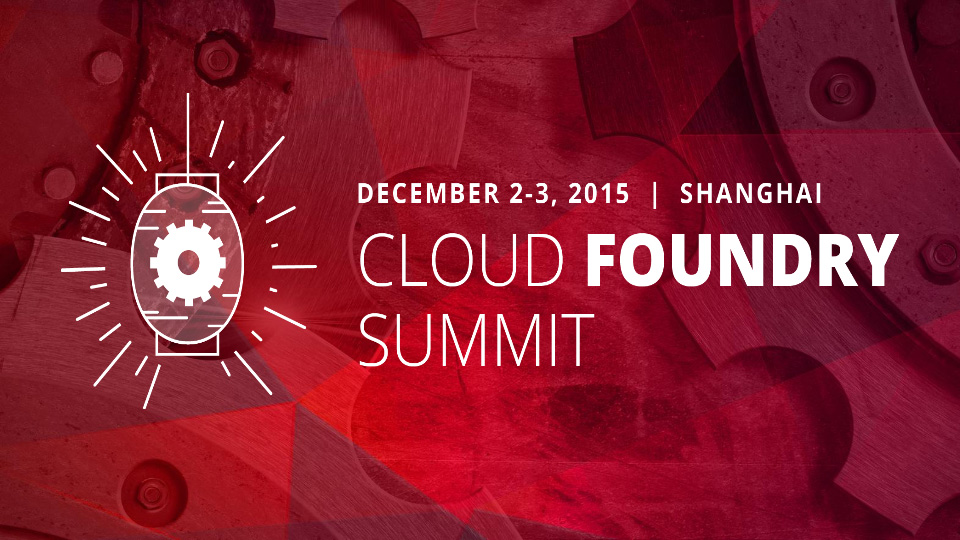 by Sophia TurolDecember 8, 2015
Digital innovation and software disruption...The stakes are high: Cloud Foundry is already changing industries, cities, and even nations. This post describes how Cloud Foundry (and its community) is involved in making a better world.

The Cloud Foundry Foundation puts in a lot of effort to bring digital innovation into vogue. The ideas promoted by the community aim at those eager to keep up with the rapidly changing world. The statistics echoes the relevance of the message: 52% of Fortune 500 companies dropped off the list since 2000.

Become a software disrupter or die

As of Pivotal highlighted at the recent CF Summit in Shanghai, a new era begins at the demise of another. With three summits this year, the Cloud Foundry community aims to bring an era of changes and innovation to enterprise IT on a global basis.

The Mongols—who used crossbows—defeated by the Chinese with gunpowder is a good parallel for new technologies that will eventually win the battle. According to Jason Jackson, Cloud Foundry is gunpowder for modern enterprise IT. So, the question is what’s your armory?

In his presentation, he gave an example of the largest Chinese investment bank. They’ve come up with the simple truth: their competitors are not other banks, but other apps on their clients’ phones. In a digital era, that’s the point: daily we’re using dozens of apps that simplify our life in a million ways. And we want our app experience to be awesome. 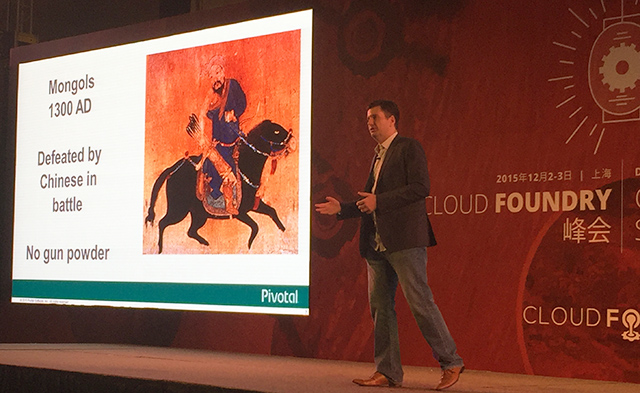 “Digital disruption is happening across all industries.” —Jason Jackson, Pivotal

For instance, only 20 years ago booking vacations online would be impossible. Now, we’ve got Expedia, Travelocity, Trivago, and the like to do it in a click. What about banking online? A decade ago it was considered unsafe. The same with shopping. We buy literally everything online: clothes, gadgets, and even fresh vegetables. So, give us the apps to do it on the go.

Jason named four key factors that enable companies to bring such experience to their customers with Cloud Foundry: 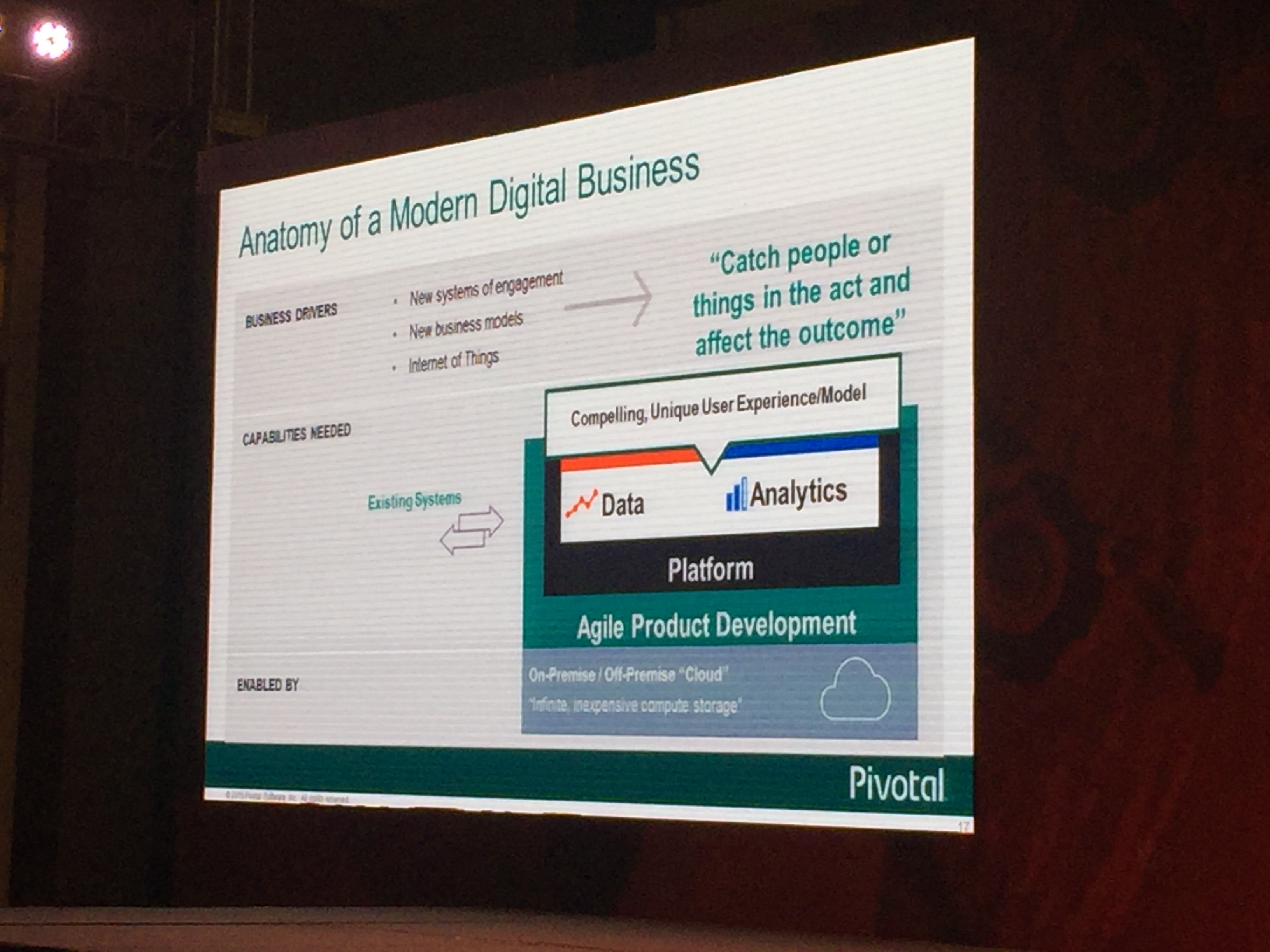 “A few people who recognize the advantage should use it and be the software disrupters.”
—Jason Jackson, Pivotal

Are you ready to share the knowledge and push the process?

How Cloud Foundry changes cities, nations, and the world

Cloud Foundry is not only about changing enterprises and industries. It’s already starting to change cities and nations. The question is how all these initiatives can ultimately contribute to changing the world.

of IBM explained how Cloud Foundry can help China:

In addition, there are several cases where Cloud Foundry is a platform of choice for operating smart cities. Dr. Yiqun Ding from Zhejiang University enumerated the reasons why CF fits in: 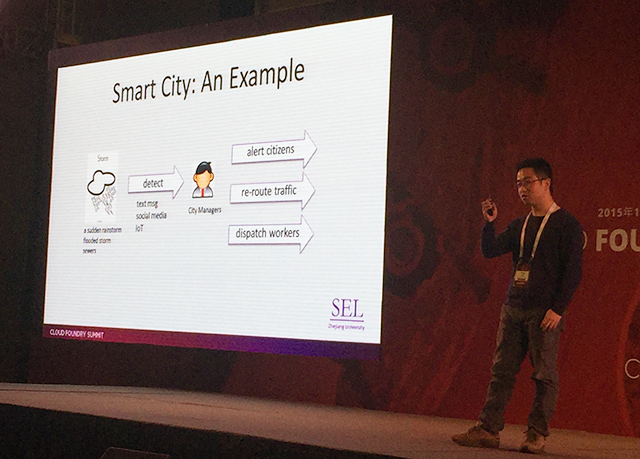 of Anchora and Wu Ouyang of Guian New Area Administrative Committee share the view that Cloud Foundry is an ideal match for effectively managing all spheres of a smart city’s life from Healthcare to Transportation. They outlined the characteristics of the platform and the steps to take that would help to bring the initiative into force: 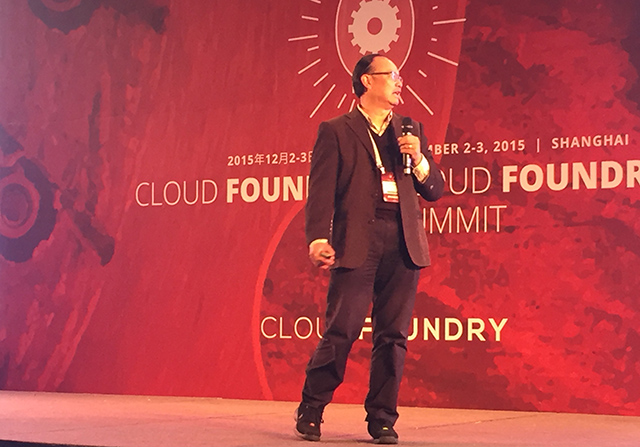 These facts speak for themselves: Cloud Foundry embodies the potential to change things both locally and globally.

Promoting the innovation is the goal. Steve Robinson shared IBM’s experience of not only spreading the word, but taking real actions. 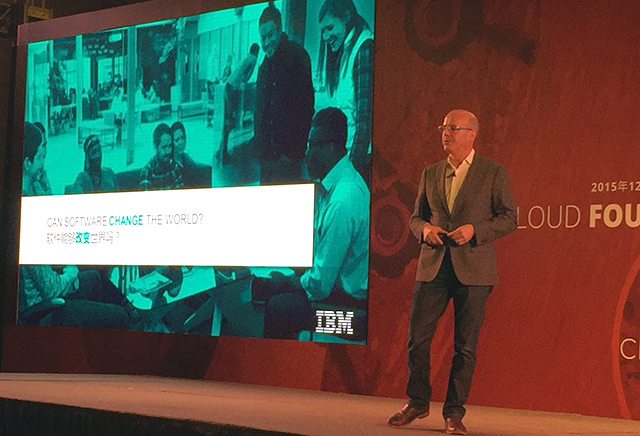 “In Baltimore (USA), there are 40 schools with only 10 of them providing computer science classes!” —Steve Robinson, IBM

To start a digital revolution, you need people with knowledge. Nobody said it would be easy, but does it mean we don’t have to try? IBM accepted the challenge and helped 50 kids with no IT background to get familiar with CF and try to make an app in a day.

Saudi Arabia is another case. Due to the segregated nature of the society, men and women study separately there. Now, they’ve qualified female tutors to bring changes around. Impressed by how fast the deployment could be, they’ve challenged themselves with adding CF to the program.

And, finally, China. Being a home to 10% of the all the developers worldwide, it’s a major playground for pushing innovation forward. That’s why the Bluemix Local initiative was launched in China.

IBM’s initiatives attempt at turning the dawn of the new era into broad daylight. Inspiring the community members, the CF Foundation keeps on getting ahead. In Shanghai, provided an overview of what the foundation is working on at the moment.

One of the strategies is to share by default. Another one is to rebalance the system towards a user-driven roadmap and control of the upstream project. It is also planned to build support for specific industry clusters in Financial Services, Industrial IoT, and Telecommunications. 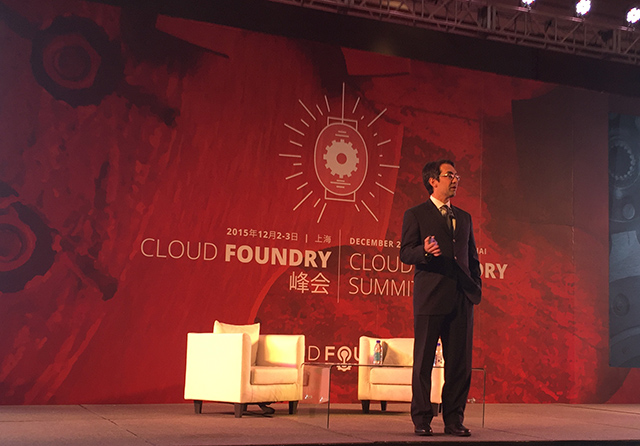 “We are focusing on certification to guarantee app portability across clouds. Make it lasting and durable. Build the ecosystem of opportunity.” —Sam Ramji, CF Foundation

of EMC shared the plans for 2016 on bringing consumers of Cloud Foundry into the Cloud Foundry Foundation, complementing producers already there.

This year is surely a milestone in the history of the Cloud Foundry Foundation. It cleared the way for impressive future results. So, we’re looking forward to the next big move. To celebrate the achievements unlocked and review the Cloud Foundry year, join the CF Beat wrap-up party on December, 17 in Palo Alto (CA).

This post is written by Sophie Turol, Technology Evangelist,
and Alex Khizhnyak, Director of Tech Evangelism/Communication at Altoros