The New Mirantis Investment: What It Means 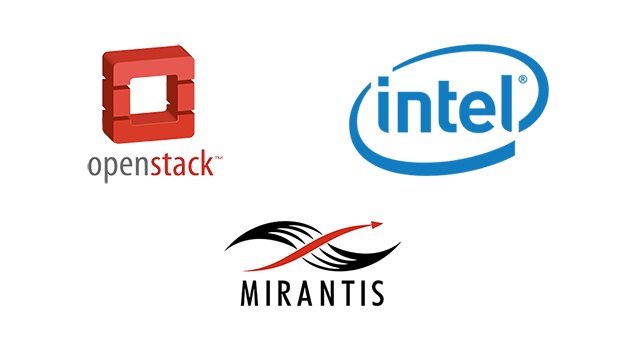 by Roger StrukhoffSeptember 2, 2015
The $100 Million investment is part of a larger picture that includes the entire OpenStack Community, as well as hardware giant Intel.

OpenStack has been saddled with the image since its debut five years ago of simultaneously possessing great potential and experiencing great disappointment. This week’s announcement of a new investment of $100 million into the “pure play” OpenStack company Mirantis may herald a breakthrough in accelerating OpenStack’s potential and mitigating its disappointment.

The investment, which will manifest itself in terms of both equity and spending, was led by Intel as part of its “Cloud For All” strategy. Intel seems to be working to extend the success of its PC-focused “Intel Inside” campaign—which was a game-changing success for it when launched a generation ago—into the underlying, hardware world of cloud computing.

Cloud For All echoes, to some degree, the “Internet of Everything” strategy currently being undertaken by another major hardware supplier, Cisco, in the overall cloud space.

What does it mean?

What does this mean for Mirantis, OpenStack, and relevant to our ongoing CF Live discussions, for Cloud Foundry?

As with the Cloud Foundry platform, the OpenStack infrastructure is complex and difficult to use when downloaded for free in its raw, open-source form. Few enterprises have the on-site talent and resources to make much use of it.

Mirantis fills this void by providing its own OpenStack distribution, as well as connections to an ecosystem and the services, training, and support needed to achieve success with OpenStack.

In the world of Cloud Foundry, Altoros is navigating similar waters (although it does not offer a separate distribution), focusing on its ability to enhance the raw platform as the entry point and gravitational center of designing, deploying, and managing modern cloud-computing initiatives.

OpenStack has been widely touted since its initial availability in the summer of 2010, due to the high profile of its co-creator NASA and a customer list that features eBay, Yahoo, PayPal, and Walmart.

But it’s been a difficult slog, with a large and unwieldy OpenStack Foundation board, accompanied by profound and lingering questions about how OpenStack should connect with public-cloud vendors. The debate started two years ago with a very public call to action by the former Cloudscaling CEO Randy Bias to actively embrace AWS. It continues to this day, with Microsoft Azure (and to some degree, Google Compute Engine) entering the discussion.

If you’re interested in more detail about this backstory, here are links to:

“The community controls the direction of the project, and it’s time we advocate a public cloud compatibility strategy that is in all our best interests, not just those of a single, albeit substantial, contributor. Failing to make this change in strategy could ultimately lead to the project’s irrelevance and death.” —Randy Bias

“During the “debate” that occurred in 2013, I was frequently bemused by the attempts of community members to downplay the importance of the EC2 APIs. I think it’s all settled down now and generally accepted that we want the EC2 APIs to live on and succeed in OpenStack-land and hopefully we’ll even support other APIs down the road.” —Randy Bias

“Any system has to have its own native API. Doesn’t preclude you from making an effort to be cross-compatible with other platforms.” —Boris Renski

Open is the way to go

Most certainly, I believe the open innovation is the way to go. An open technology—whether a language, operating system, platform, framework, or infrastructure—allows for a variety of service and support options, which is actually the key factor in avoiding vendor lock-in. Innovation-by-community ensures that all ideas—whether ultimately good or bad—are given the oxygen to succeed.

With the amount of data being generated worldwide already in the tens of thousands of exabytes and doubling every three years, it’s clear that the technology community faces an enormous challenge in creating systems and methods equal to the task of effectively handling this amount of information. This challenge cannot be met in a world of closed, proprietary, stovepiped approaches to innovation.

Thus, some key investors have decided to risk another $100 million on a company that continues to pursue an open path. The ostensible reason is to help drive Intel’s campaign. Beyond that, perhaps there must be hope for Mirantis to take OpenStack to new levels. The lack of a single, dominant OpenStack vendor—as with Red Hat and Linux—has been cited as the reason OpenStack hasn’t been a huge breakout technology.

Matt Asay from InfoWorld mentioned this earlier in the year.

“(The term) ‘hybrid’ has become the rallying cry for vendors ill-prepared to compete with the likes of Amazon and Microsoft, and for companies too wedded to the idea of their own private data centers to take off the cloud training wheels and move to the public cloud.”

Matt also cited Gartner analyst Alan Waite, who has stated that OpenStack is “our current best hope for a private workload control layer able to operate across technology silos…(it provides) a control plane and API for compute in much the same way that software-defined networking and software-defined storage are beginning to do for networks and storage.”

But Alan Waite has also written that the universe of use cases for OpenStack is limited, and that the technology, must be considered in tandem with public-cloud options in a hybrid universe, and must be scoped out properly:

“The key to success for your private workloads is to understand the use cases you are addressing with your private cloud initiative, and to do just enough and only as you need it.” —Alan Waite

OpenStack deployments still number in the hundreds, after five years of highly touted market presence, an active Foundation, and an annual event that draws upwards of 5,000 people.

Perhaps the complexity of a full-on OpenStack engagement limits the potential use cases to only those that are massive. The customer list above would indicate this.

This situation mirrors that of Cloud Foundry, which until recently, has been recommended only for very large enterprises trying to do very significant things. Recent development on Cloud Foundry Lattice aims to bring CF to smaller deployments. Lattice, along with the evolving Cloud Foundry Diego also addresses another emerging technology trend, the use of Docker containers. A blog post earlier this year by Lev Berman at Altoros addresses the issues.

“As I talk about Diego and Docker, I can’t simply skip Lattice—a project that is now a better friend of Docker than Cloud Foundry Diego.”

Cloud Foundry has long had a connection with OpenStack, through the widely used (and often reviled) BOSH tool chain. A couple of relevant articles on BOSH and OpenStack were published recently by Alexander Lomov at Altoros.

Analyst Ben Kepes wrote a newsy piece about the investment for Computerworld.

“Mirantis has seen some high-profile success…All that success, and the pot of gold the company is amassing, bodes well for Mirantis’s future.” —Ben Kepes

The current investment climate in Silicon Valley and other technology regions is sometimes compared to the overheated height of the dot-com era. The critical difference, in my view, is that today’s investments are going for companies that are providing, enabling, and/or using significant amounts of operational infrastructure.

The data growth being fueled by mobile devices (and the apps and services that feeds them), and soon enough by an emerging Internet of Things era, is real. It must be supported, and it must be supported by distributed, scalable, agile deployments.

The new investment in Mirantis is a part of this larger picture. The members of the Cloud Foundry Foundation must simply do their part to develop CF to reach as wide a region of the cloud as possible, as deeply as possible, and make IT management at all levels and at all companies aware of its ability to drive an agile environment while avoiding lock-in to a single, underlying infrastructure provider.

Continuous Innovation Is a New Business Pattern for Cloud Foundry
Next