by Roger Strukhoff, Alex Khizhniak, and Sophia TurolApril 12, 2016
Why Hyperledger and not Ethereum? How to deploy an app and chaincode with Hyperledger Fabric? How does peer discovery work? Learn in this post.

Hyperledger is a secure, open-source, automated, peer-to-peer, blockchain-based ledger system with potential in dozens (perhaps hundreds) of use cases. It was launched under the governance of the Linux Foundation in December 2015. IBM’s Open Blockchain (OBC) looks to be a key component of the project, according to presentations at a recent Hyperledger meetup in New York.

Open Blockchain was recently open-sourced and forms a core part of the proposed Hyperledger incubation. This part is now called Fabric and available at GitHub. Digital Asset Holdings (DAH) and Blockstream have also made contributions to the project.

The meetup in NYC included a technical introduction to Hyperledger Fabric (ex-Open Blockchain), with Renat Khasanshyn and Sergey Matykevich of Altoros addressing specific aspects of the framework. 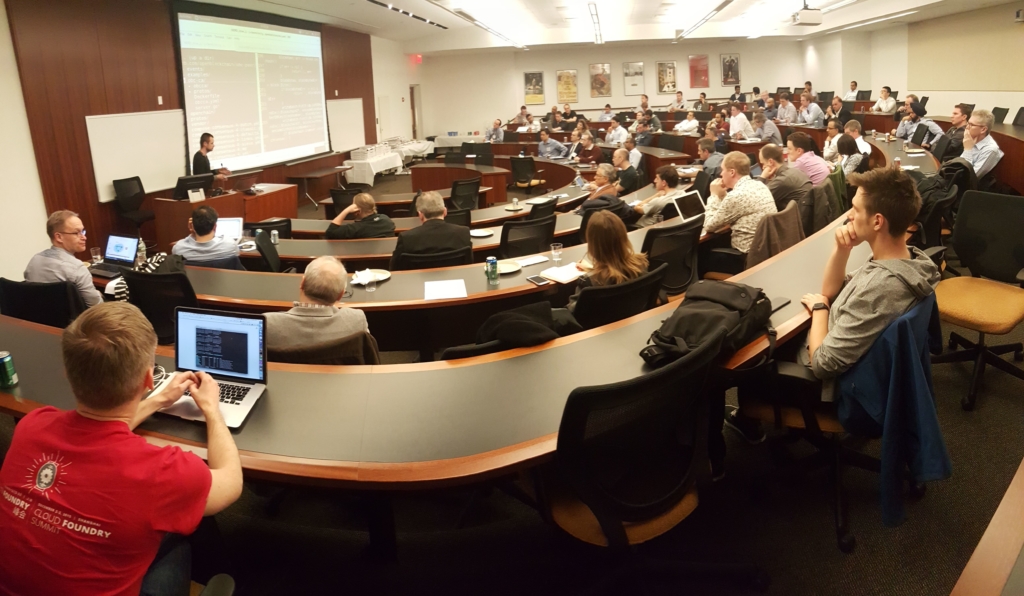 The audience at the Hyperledger meetup in NY

The city was also the site of a recent Hyperledger face-to-face (F2F) meeting held over a few days to work on requirements, code, and an implementation to be incubated under the auspices of the Linux Foundation.

Why Hyperledger and not Ethereum?

At the meetup, the question at hand was “why?” Why Fabric (OBC) and not, for example, the Ethereum implementation of blockchain, which has gained a lot of recent notice?

An objection to Ethereum, according to Renat Khasanshyn (CEO at Altoros), is its establishment under the General Public License (GPL), which can restrict forkers of the original technology from protecting their unique work down the road. 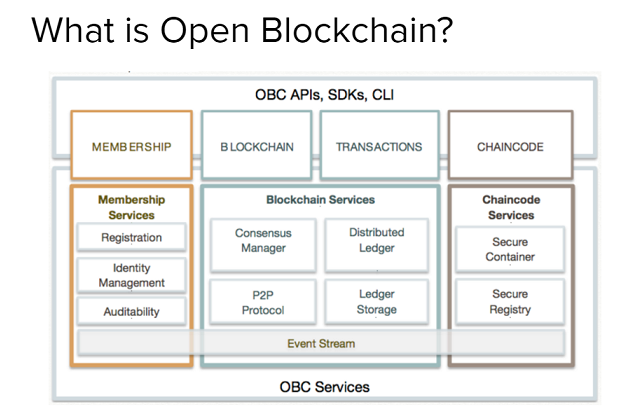 A high-level overview of OBC’s components

OBC has been open-sourced, in contrast, by IBM on GitHub without GPL restrictions, which is attractive for a few reasons:

In a world of many networks, OBC’s potential for performance and scalability are also attractive in these early days of blockchain development. 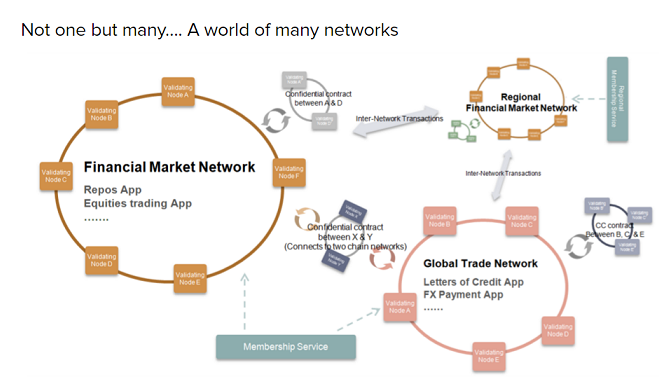 IBM’s OBC is not the only contribution to Hyperledger. Major contributions are also coming from Digital Asset Holdings (DAH) and Blockstream in the first incubation project being proposed through the Linux Foundation, which oversees the Hyperledger Project.

Sergey Matykevich, Senior Cloud Engineer at Altoros, then led attendees through a slide presentation that demonstrated with some code and graphics how to address the problems described above. 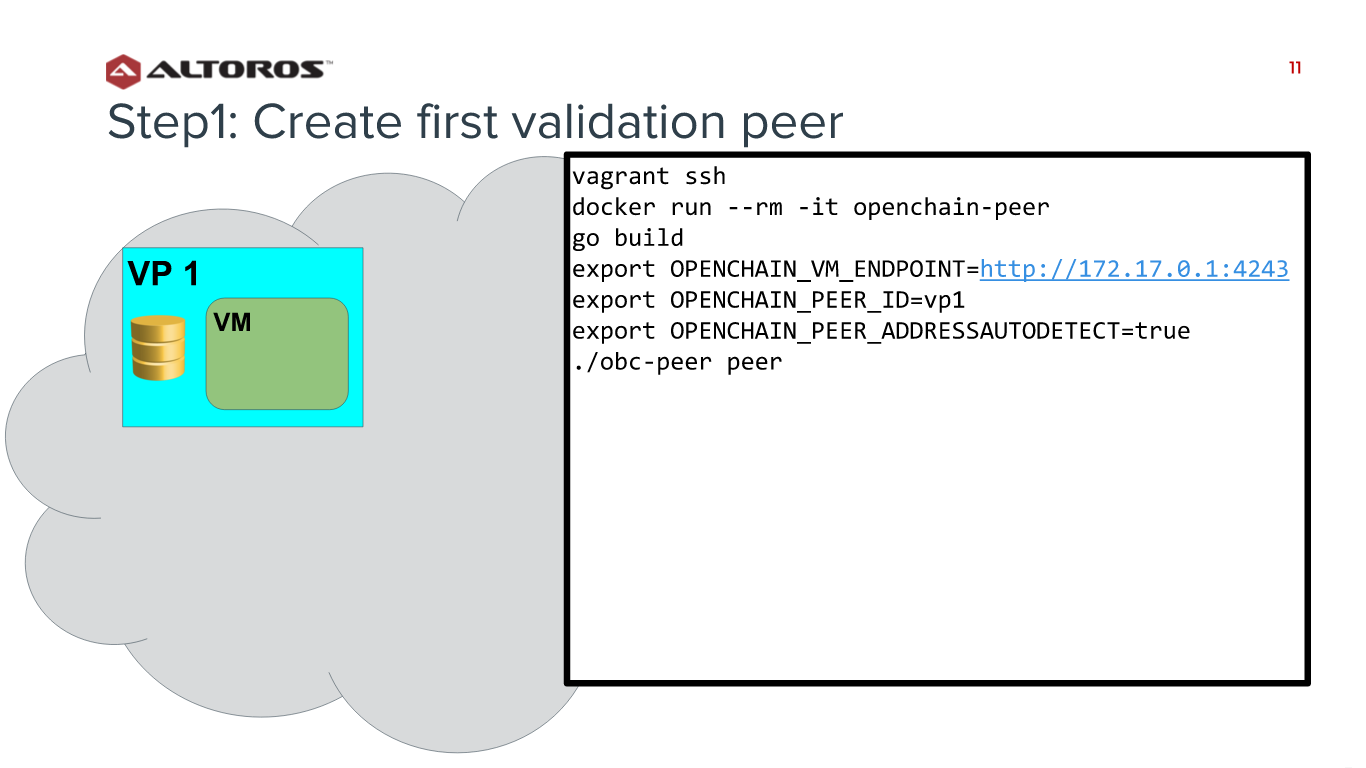 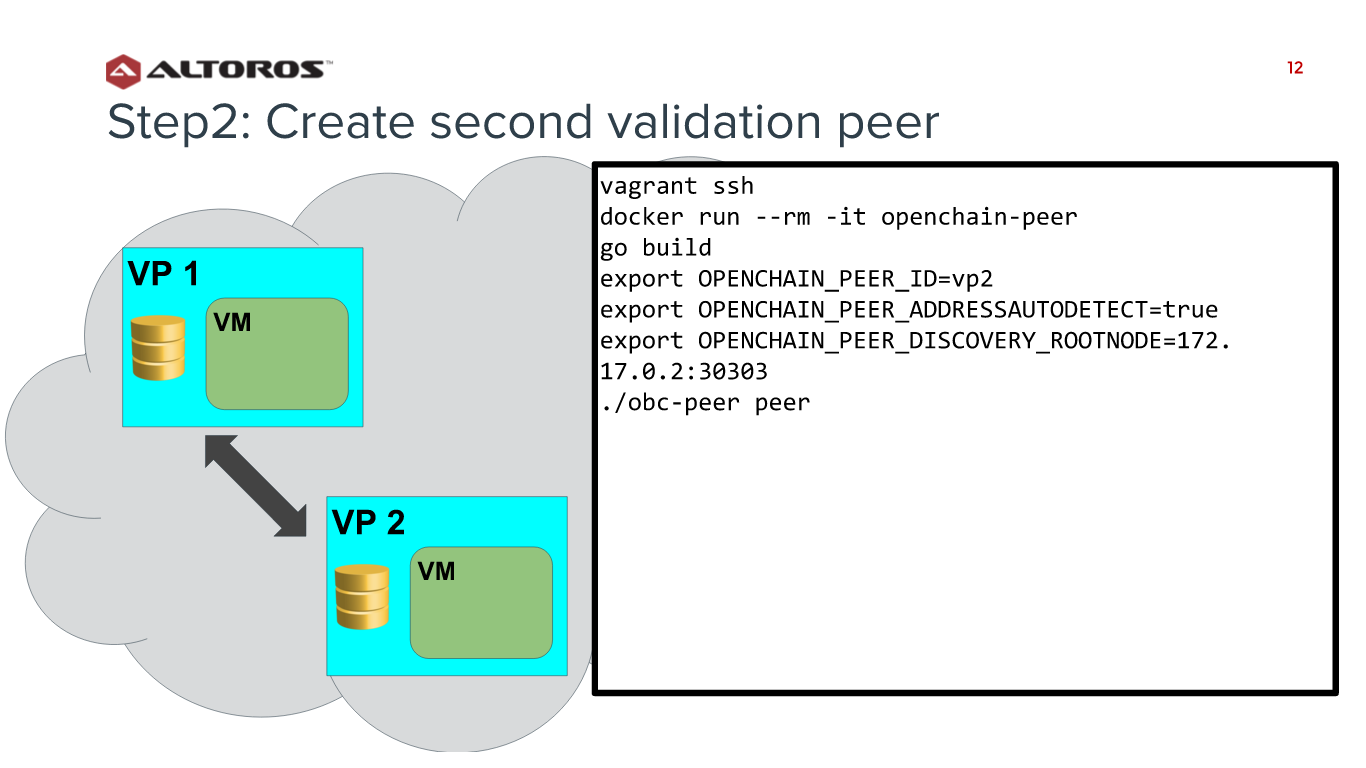 After adding a third validation peer (VP3), Sergey moved on to deploying and distributing the application, then deploying the chaincode and executing a transaction. 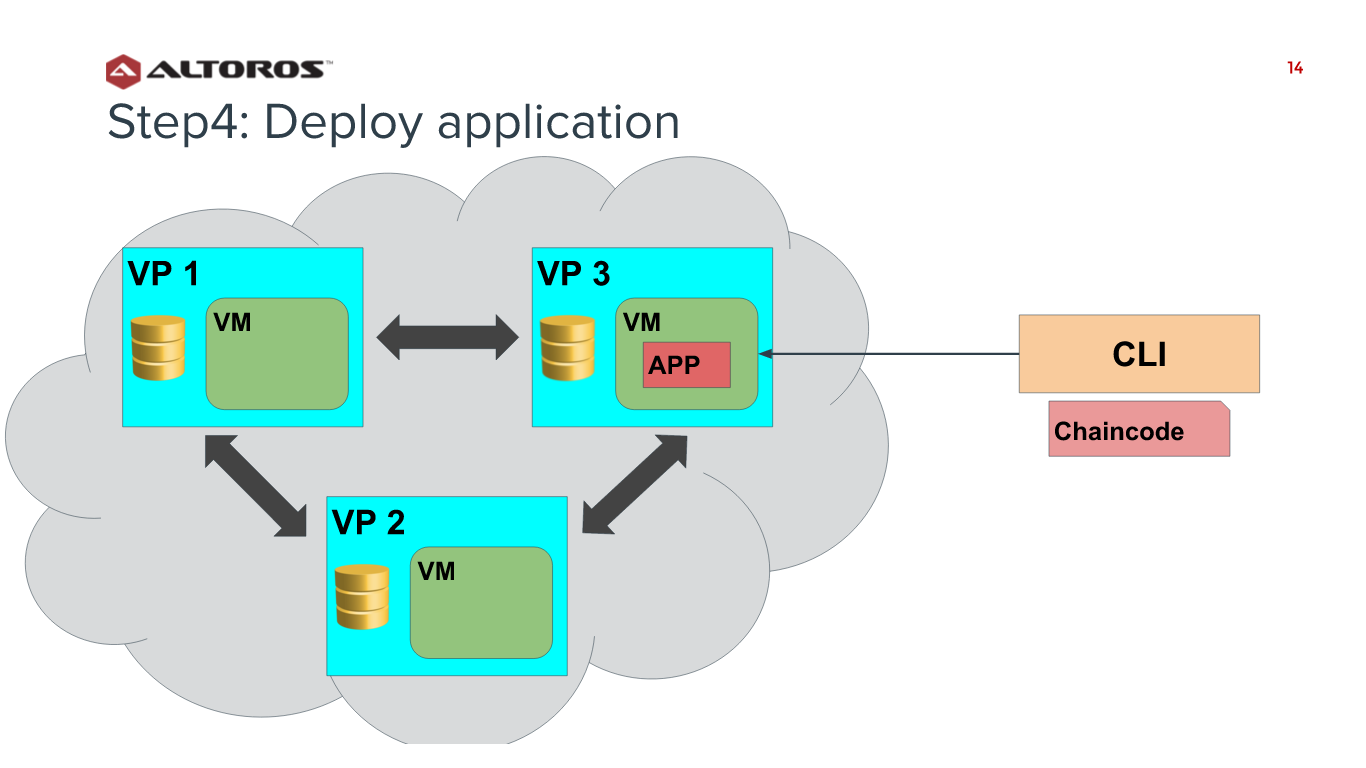 According to the demo, the app and chaincode can be deployed by running these commands.

The following code is responsible for executing a transaction. 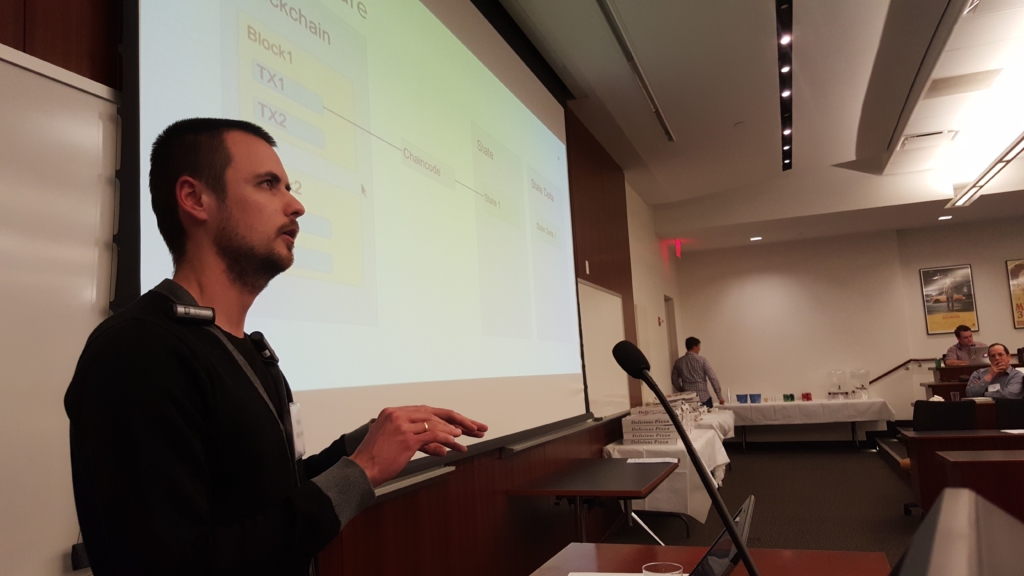 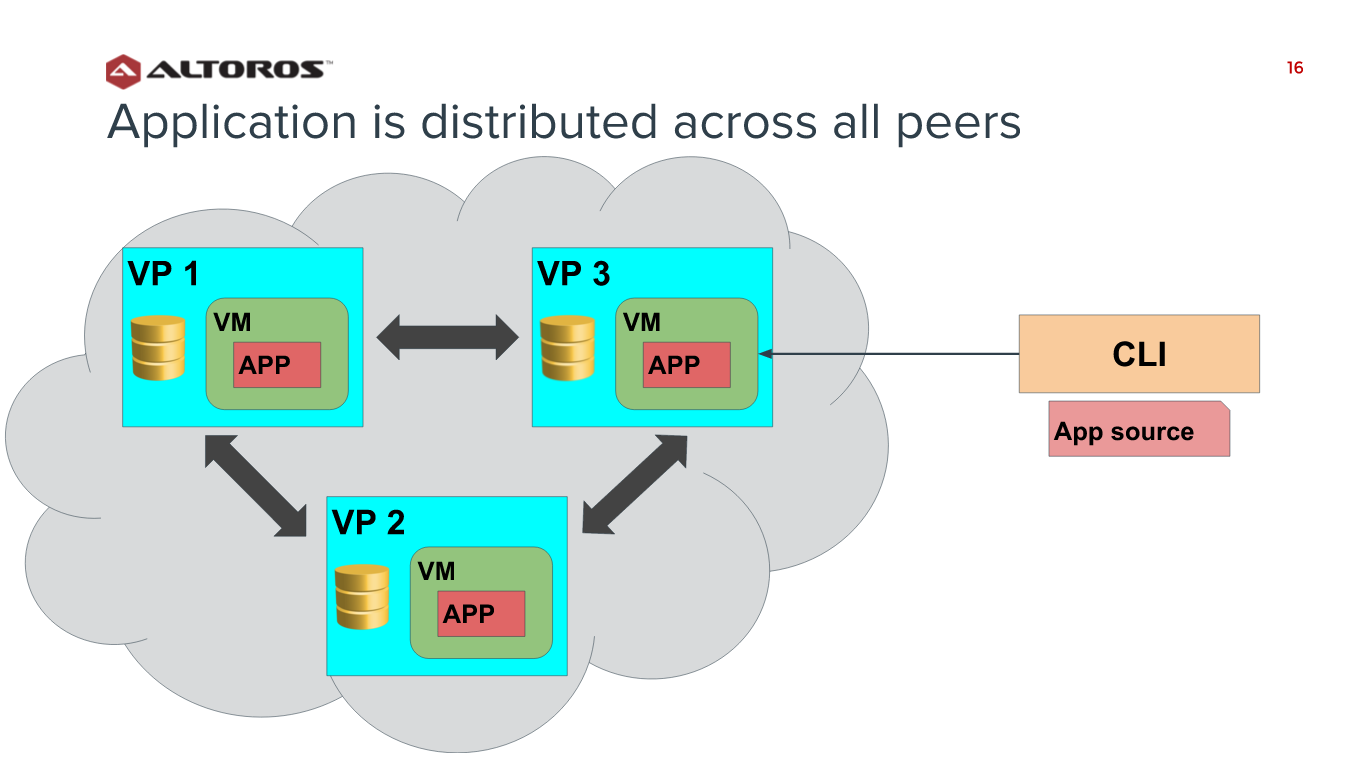 Details of the Hyperledger Project can be found here. There are also a GitHub repo, Wiki, and a Slack channel.

These are the slides for the technical overview of OBC (Fabric) presented at the Hyperledger NYC meetup.

IoT Platform on Bluemix: Experimenting with IBM Watson and Gobot