How to Use OpenWhisk Docker Actions on IBM Bluemix 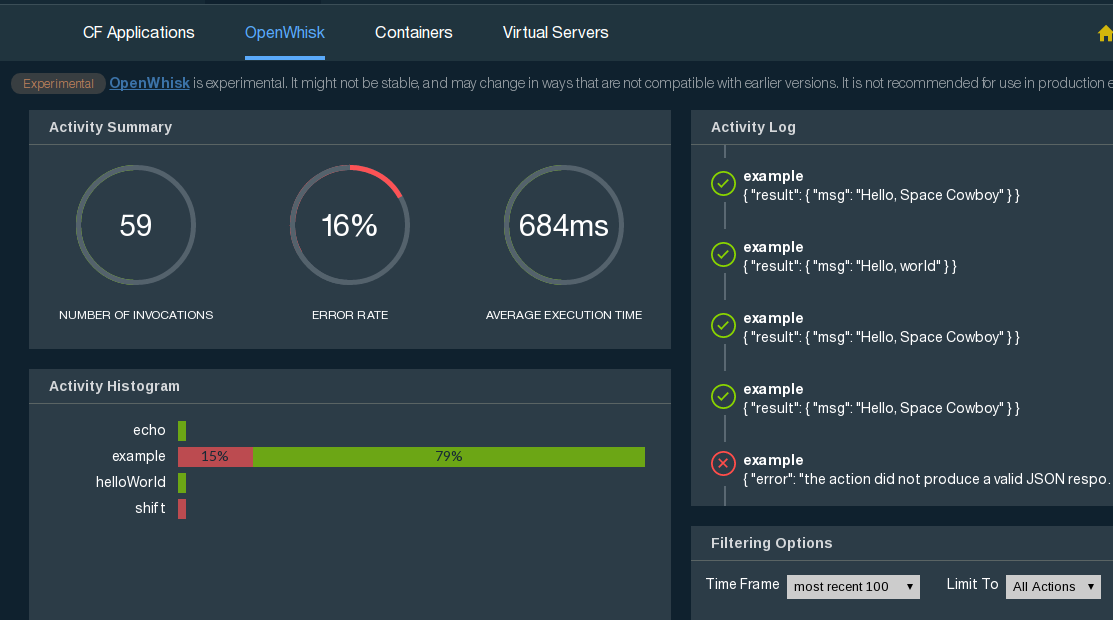 by Nick HermanApril 1, 2016
Docker actions can help to impement event-driven microservices created with technologies other than JavaScript or Swift.

Microservices are being widely adopted for the development of today’s apps. The OpenWhisk platform embraces this approach, providing out-of-the-box-functionality to support JavaScript and Swift. However, if you want to use OpenWhisk for non-JavaScript / non-Swift projects or need additional libraries to implement your app’s events, working with Docker actions seems to be a reasonable choice.

From this tutorial, learn how to create an OpenWhisk Docker action and deploy it to IBM Bluemix OpenWhisk.

Setting up the OpenWhisk CLI

First, install the OpenWhisk CLI from pip or your system package manager if it has any. 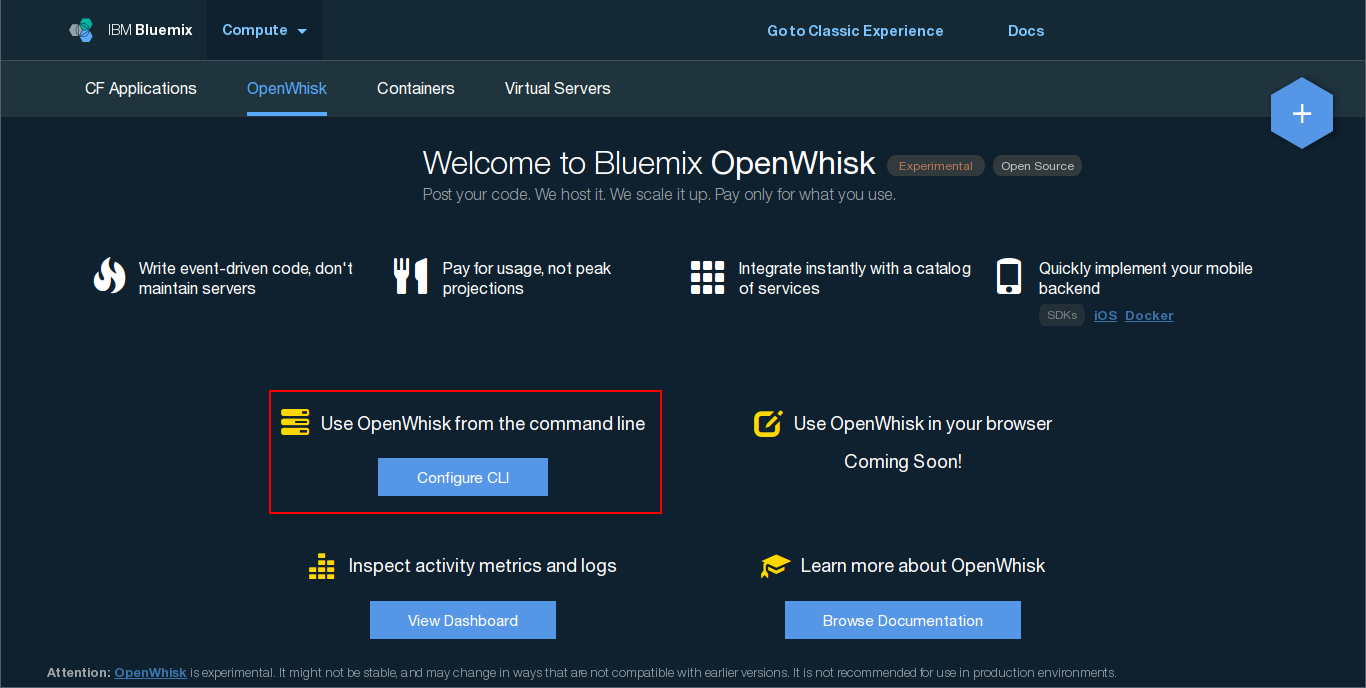 For your credentials and installation instructions, sign in to the Bluemix console and see this page.

If you are also working with OpenWhisk locally, remember to set the remote apihost property for the Bluemix service: openwhisk.ng.bluemix.net.

Make sure that you use the Bluemix service because a local installation won’t work. The template project will be located in the dockerSkeleton folder. It consists of two parts:

You can use the provided Node.js server with necessary tuning if required and place all business logic in an external program or rewrite the whole thing using the language of your choice. You can find more “Hello, World!” actions featuring different languages at my GitHub account.

Your Docker image has to start a HTTP server handling two requests:

The generated Docker skeleton automatically handles HTTP interaction for you. In the run action, it calls an external program, specifying the payload parameter value as the only argument, and responds with content written in stdout by the program. If the programming language of your choice does not have a lightweight, easy-to-use HTTP server implementation, it makes sense to use the Node.js server from the skeleton app with appropriate modifications if needed.

After you finish preparing your Docker image, build it with this command:

Then, you can test your application by running a Docker container in one terminal session with docker run janesmith/IMAGE_NAME and checking it with curl in another with:

Now, you have a Docker image that is ready for uploading. To do so, follow these steps:

When the Docker image is uploaded to the OpenWhisk server, you can test your action with this command:

(You can have several -p parameters or none at all.)

More on OpenWhisk? Read this:

The tutorial was created by Nick Herman; edited and published by Victoria Fedzkovich and Alex Khizhniak.

Nick Herman is a software engineer at Altoros. He specializes in web development using Ruby and JavaScript as his primary tools. Nick also has professional interests and expertise in many other areas related to software engineering, including programming languages and cloud technologies. You can find him on GitHub.

Deploying an ASP.NET Application to GE Predix
Next