How to Build Scalable IoT Apps with IBM Bluemix, Docker, and Cloudant

by Alex Khizhniak and Roger StrukhoffJune 12, 2015
This session explains how to design IoT flows with Node-RED, implement messaging between the components, and store/analyze sensor-generated data.
Why read this?
FOR A CIO

The Internet of Things (IoT) is rapidly changing multiple industries, therefore companies have to adapt to these changes to survive. From this video, you will learn how to do it and start building apps smartly and quickly—using a PaaS. Finally, five real-life implementations demonstrate the IoT scenarios that can benefit from PaaS-driven tools.

IBM IoT Foundation facilitates the development of smart apps. This video overviews the solutions offered by the Bluemix platform and explains which of them can by used to implement a massive-scale IoT architectre. Learn how IBM IoT Foundation simplifies the process of deriving value from IoT devices, what tool helps to wire flows together and deploy them to the runtime in a click, why messaging is important for mobile and IoT apps, etc.

Node-RED is a visual tool for designing IoT flows. This video demostrates how to do it in a convenient way and further deploy the flows to the runtime in a single click. You can also take a look at the internals of IBM Bluemix and learn how the MQTT protocol can be utilized for messaging. The session also explains how to store and analyze IoT data using the Cloudant database.

The large numbers being thrown around about the future of the Internet of Things are well-known: millions of petabytes of data, tens of billions of connected things, trillions of dollars of economic value. The numbers are numbing after awhile, even as we all know the IoT is big and getting much bigger.

The focus of the meetup in San Francisco was on how to build scalable apps for the IoT with Cloud Foundry, IBM Bluemix (which integrates Cloud Foundry), the Cloudant database, Arduino, and Raspberry Pi. Practical uses of the technologies were emphasized over all the pie-in-the-sky projections that have been made over the past couple of years. 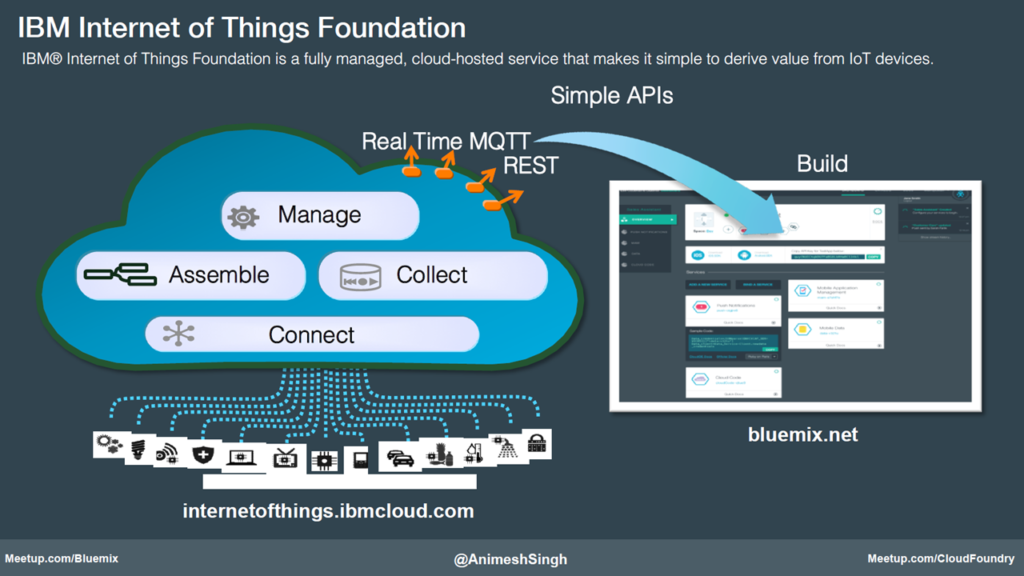 In his talk, Animesh Singh outlined how the IBM Internet of Things Foundation can be used to accelerate the creation of smart apps. 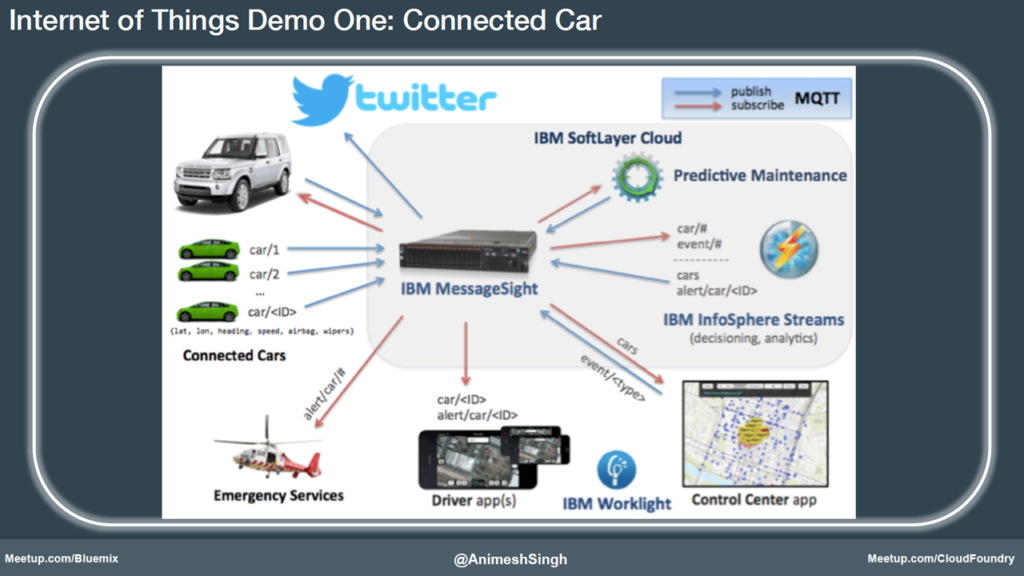 In one of the demos, IBM Bluemix was integrated (through the Node-RED project) with the Raspberry Pi single-board computer. In our opinion, Node-RED was one of the most interesting parts of this presentation. This visual editor offers a practical, intuitive way of connecting things to an IoT environment, and is backed by the resources of IBM. The tool is built on Node.js, which is great, because there’s no reason to re-invent the wheel here. It has its own GitHub repository (linked provided above), and should be of tremendous value to IoT designers for a very long time. 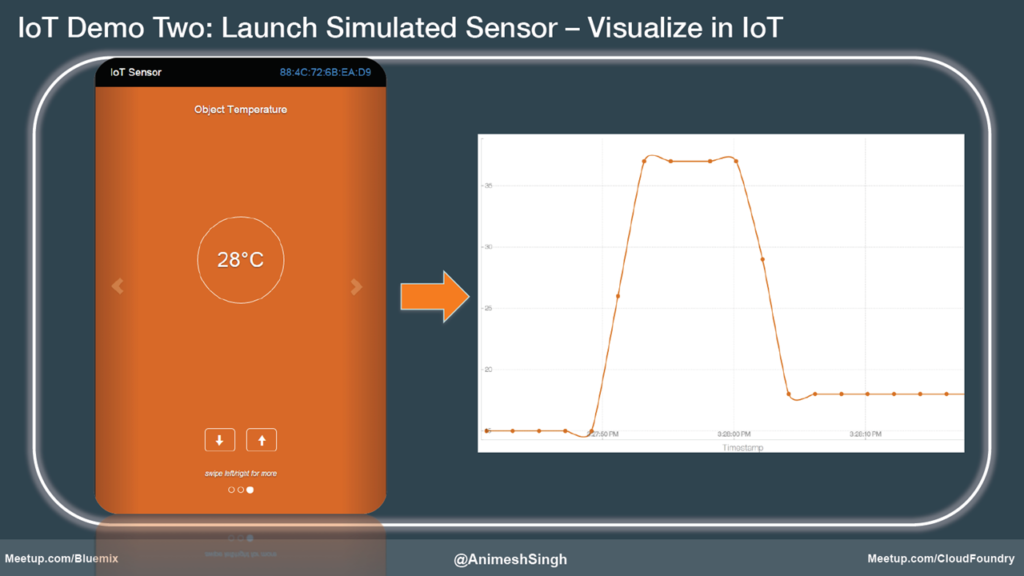 One of the key points during the talk involves exposing your own APIs to developers. This is certainly the age of cloud computing, and the dawn of the IoT, but it is also the API Era. The quaint idea of mashups from a few years ago has metamorphosized into the notion of global interconnectivity of as many applications (and their data) as possible. A “brilliant” IoT (as the British might express it) needs to have this interconnectivity among apps, databases, and all the real-time incoming data flows that are going to be created. 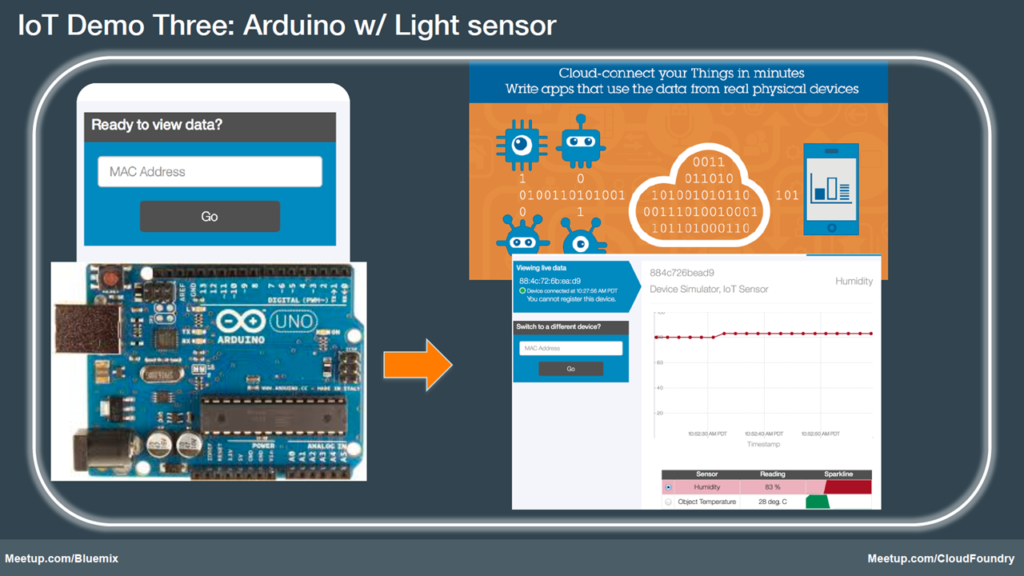 The MQTT protocol (the letters stand for message queue telemetry transport, for those keeping score) is a means of this sort of efficient, simple-yet-effective connectivity that will make the IoT work. The protocol was also a topic of discussion, with speakers such as Khasanshyn noting that it is open, now how more than 40 client implementations, and has been standardized with OASIS. 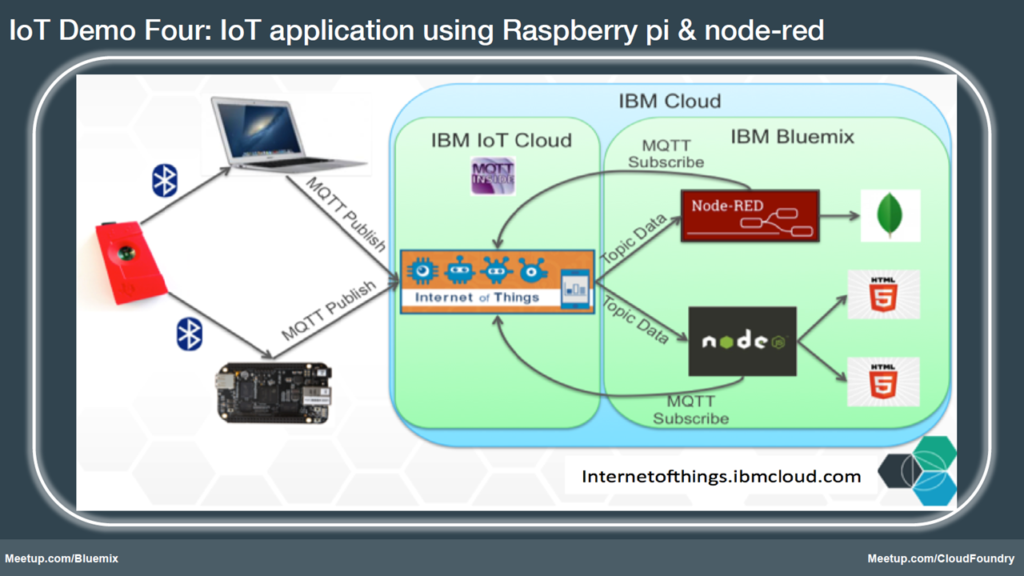 “The Internet of Things connects the world around us,” in the words of one of the slides in this presentation. Through the efforts of many thousands (if not millions) of developers hacking away at things like Node-RED, Raspberry PI, MQTT, and similar tools, perhaps the IoT will come to fruition after all. 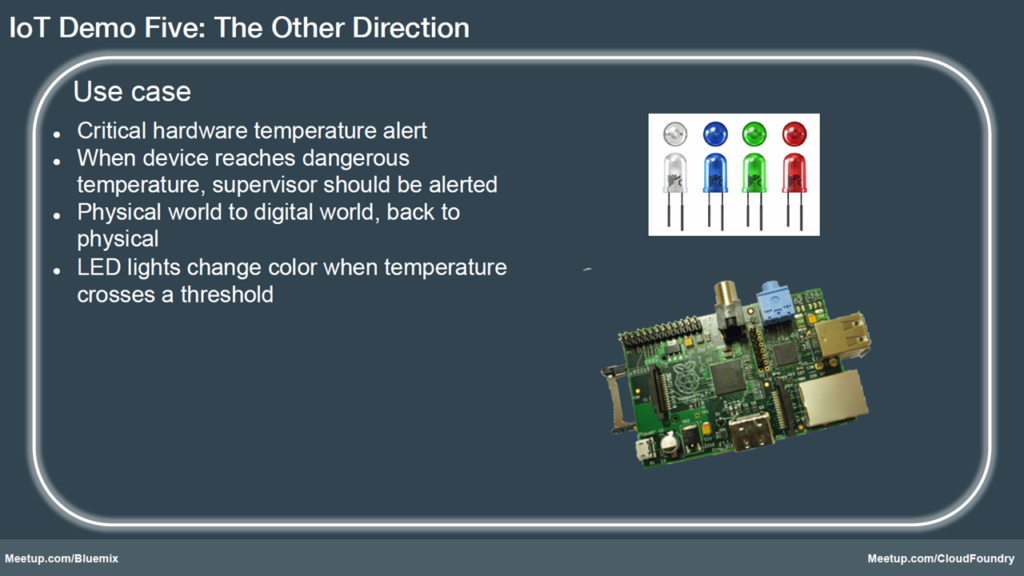 At the conclusion of the event, Renat Khasanshyn of Altoros elaborated on the four levels of IoT maturity. He also shared how an S&P 500 company created an IoT business model using Docker containers and Cloud Foundry–based microservices. 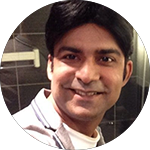 Animesh Singh is an IBM STSM, Executive Cloud Architect and Strategist, with over 13 years experience in technology industry, and 10 years in IBM. He plays a key leadership role in creating, designing, and implementing IBM’s strategy for the cloud applications, infrastructure, architecture, network, storage virtualization, cloud operating models, tools frameworks, and other supporting technologies and processes. He is leading IBM Cloud Platform and Bluemix Local, multi-billion dollar investment from IBM.

Renat Khasanshyn is CEO at Altoros and Venture Partner at Runa Capital. His primary focus is bringing “software assembly lines” and “data lakes” into organizations through training, deployment, and integration of solutions offered by the Cloud Foundry ecosystem. Renat is an active member of the Cloud Foundry Foundation Advisory Board and a frequent speaker at the Cloud Foundry events. In the past, he was selected as a finalist for the Emerging Executive of the Year award by the Massachusetts Technology Leadership Council and once won an IBM Business Mashup Challenge.
The post is written by Alex Khizhniak and Roger Strukhoff with assitance from Sophia Turol and Carlo Gutierrez.

How to Install Cloud Foundry CLI Plug-ins
Next

How to Deploy Spring Boot Applications in Docker Containers