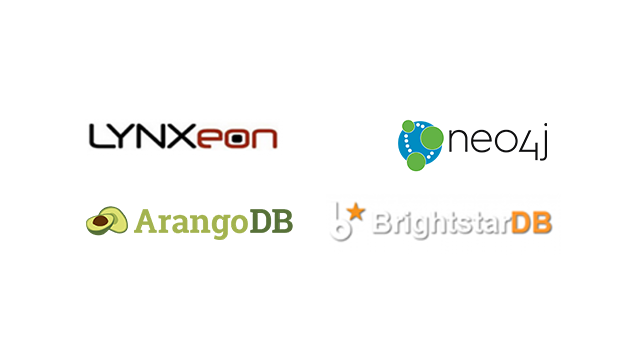 by Andrei PaleyesAugust 7, 2013
Learn about the latest releases and get some tips on how to deploy and query databases.

Read our notes to learn the core graph database news for July 2013.

21CT has released LYNXeon 2.29, a data analytics and visualization system that automates gathering and analysis of security data. The new LYNXeon boasts a 10x greater performance in comparison to previous versions when doing analytical querying. In addition, it can store 4x more data.

A graph-mining library for GPUs and multiple-core CPUs

Developers of Bigdata (also known as Blazegraph since February 2015), an RDF/graph database capable of clustered deployment, have announced the alpha version of the MPGraph code base. Designed for GPUs and multicore CPUs, the new library can do massive parallel graph processing on CUDA, OpenMP, Intel MIC (Intel Xeon Phi), and the Intel TBB (Threading Building Blocks) library. The supported graph algorithms include breadth-first search (BFS), connected components (CC), PageRank (PR), single-source shortest-path (SSSP), and betweenness centrality (BC). The current version of the library is a research prototype.

A new benchmark for graph databases

A comprehensive performance inspection framework for graph databases was presented at Systor 2013, the sixth International Systems and Storage Conference. The tool consists of a hierarchically-arranged set of benchmarks that evaluate the strong and weak sides of graph database implementations. The corresponding research paper published in the proceedings of the conference includes a detailed analysis of two popular graph databases, Neo4j and DEX.

The latest updates to BrightstarDB

According to the official blog of BrightstarDB, a NoSQL graph database for the .NET platform, some of the latest updates to the database have enabled domain-specific inferencing or data processing through high-level APIs, such as the Data Objects API and the Entity Framework API. Additionally, the database now offers improved performance in cases, when the whole store fits into the memory. Several memory leaks have also been fixed. Now it is possible to import up to 25 GB of data in a single batch.

A new release of Neo4j, one of the most widespread graph databases, was issued on July 18. The official blog says that the latest version uses fewer I/O operations when deployed on Windows. The issue with the content-encoding header not working properly with the REST API has also been resolved. Apart from these and other important bug fixes, there are some documentation updates that improve user experience.

The querying mechanism of Neo4j explained

A blog post by Michael Hunter of Neo4j provides a detailed explanation of the querying mechanism implemented in their database. In addition, the author speaks about how graph databases work and in which use cases they are better than relational systems.

How to deploy ArangoDB on Uberscape and Raspberry PI

Two recent blog posts by the development team of ArangoDB, a multi-model database that supports key-value pairs, documents, and graphs, describe how to deploy it in different environments. One of the posts contains a custom script that helps to install ArangoDB on Uberspace, a platform based on CentOS 6. Another one gives step-by-step instructions on how to compile ArangoDB on Raspberry PI and avoid possible issues.

The blog post was written by Andrei Paleyes and edited by Alex Khizhniak.