A A A
Home page » News/Opinion » LinuxONE: Does the Ubuntu Mainframe Stack Up?
Contents
387
0 Comments

LinuxONE: Does the Ubuntu Mainframe Stack Up?

Oh, man. I was so disappointed.

I initially got so excited by the joint IBM/Canonical announcement of the Ubuntu Mainframe (formally christened “LinuxONE”) that I launched into a soliloquy here in Sunnyvale about how this system could be the groundbreaking product for the IoT, cleverly designed to handle vast, widely disributed dataflows and thus empower this and future generations toward a future of universal economic development and world peace.

Then I found out it’s primarily designed for use by…bankers. Yes, this guy: 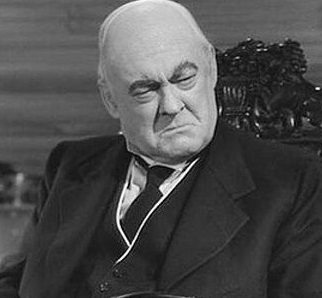 No IoT for me. No economic development. No world peace.

After taking a brisk walk to the local Fry’s Electronics and back (I needed a new headset), I calmed down and thought about the announcement a little more.

It turns, things aren’t so bad. The financial services industry has needed this combo for some time, as what Canonical refers to as “massive amounts of credit card transactions” continue a migration to cloud computing. FSI is quite a bit more sophisticated and dare I say progressive than the glowering Mr. Potter referenced in the picture above.

Canonical also mentions airline reservations as the sort of high volume, widely distributed transactions that still run on mainframes and may always run on mainframes–so why not an Ubuntu-based mainframe that also opens itself up to OpenStack, and the world of open cloud? Will United let me have the full can of cranberry juice on my next trip if I speak nicely here?

By bringing OpenStack into the picture, this announcement also brings Cloud Foundry into play. It recognizes the enormous impact of mobile-driven data and the need for hybrid cloud workloads. It enables new development with MongoDB, PostgreSQL, Apache Spark, etc.

So, maybe, this is something to get very excited about after all. It seems to me, there could be an IoT in this system’s future, as massive dataflows of small messages become the norm for high-volume, HA computing.

One industry veteran with whom I spoke mentioned that even though the LinuxONE was apparently not designed with the IoT in mind, it could offer many advantages:

2. Many IoT initiatives (e.g., an electrical grid or traffic-management deployment) will have relatively predictable workloads that won’t grow exponentially. There is no expectation of virtually infinite scalability, and this type of workload could be ideally suited for a mainframe.

3. “You’re only securing one machine, and server-side security may also be a little bit easier when you are working with a mainframe provided by IBM, especially for compliance.”

In any case, although I’m no aesthetician, I should also mention that to me this is the coolest looking mainframe ever. 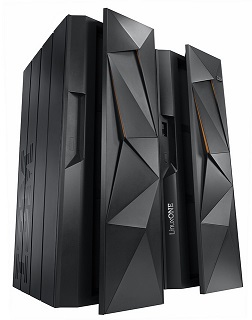 Cloud Foundry Advisory Board Meeting, May 2020: CI and Logs at Scale
Previous

A Panel: Will Docker Eat Cloud Foundry’s Lunch?
Next