A A A
Home page » News/Opinion » Disruption in Season at re:Invent and PuppetConf
Contents
288
0 Comments

Disruption in Season at re:Invent and PuppetConf 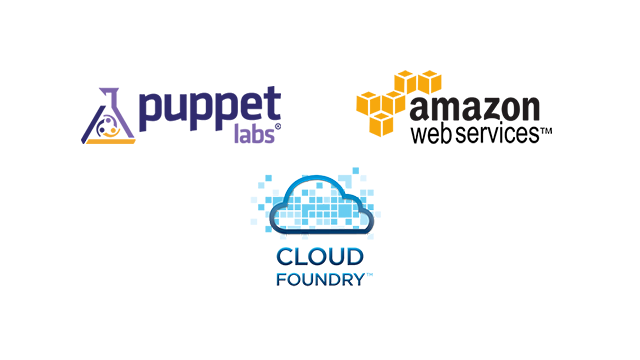 by Roger StrukhoffOctober 20, 2015
Everybody knows that AWS is the Great Disruptor. But the Cloud Foundry community should be aware of Puppet, as well.

At the beginning of October, there was a couple of big tech events: AWS re:Invent in Las Vegas and PuppetConf in Portland.

Amazon’s event is threatening to become one of those monsters that can take over an entire city, in the manner of Comdex in Las Vegas in the old days or Dreamforce in San Francisco these days.

PuppetConf, now in its fifth year, is also healthy and gaining momentum, reflecting fun facts such as a doubling of Puppet nodes in use over the past year, to more than 1 million, and the reported 30,000 customers now using this configuration management tool.

Both events show that cloud computing is here to stay, and specifically, showcase the perceived power of Amazon in today’s enterprise IT world.

Amazon’s annual cloud revenues are about $7 billion, reflecting about 30% of worldwide IaaS revenues, according to Synergy Research and others. Amazon announced at re:Invent that it will now be working with Accenture to pry its way into enterprise IT, and it introduced a new service called Inspector that seeks (and presumably finds) potential security and compliance vulnerabilities. Giving this potential new sentience, one wonders when AWS will refuse to open the pod door when asked.

For it is clear that Amazon CEO Jeff Bezos is bent on world domination with AWS, in the same manner he’s driven Amazon itself over the years. The big question mark has always been profitability, or the lack thereof—Amazon reported a loss of about $240 million in 2014 on revenues approaching $90 billion. Its earnings-per-share is currently negative, yet it remains valued at a spectacular $250 billion, give or take a billion.

Yet, I would ask whether this obscures the reality that private cloud computing is still more significant than public cloud. To be sure, Cloud Foundry—the focus of this blog—has had to be enabled to work with AWS, rather than the other way around. AWS is the 800-pound gorilla in any discussion of cloud computing.

But how much enterprise IT spend is being devoted to private, on-premises cloud migration? Research I’ve done (and tried to corrorabrate with other research) shows that maybe 20% of enterprise IT has migrated or is migrating to cloud computing—representing a software spend alone of $60 billion annually worldwide. Add in the systems hardware, networking, and facilities that serve this software, and the number reaches into the hundreds of billions.

Is Puppet a new disruptor of enterprise IT?

Meanwhile, what is Puppet doing in this conversation, you might ask? I found a very nice take on this topic a year ago, which I think is still relevant. Andrew Oliver, writing in InfoWorld, called Puppet the (unwitting) winner of the PaaS race so far, in that many companies are leveraging it to devise their own private PaaS.

Puppet is also a leader in the world of DevOps. In Portland, it staked further claim to this leadership by announcing that it has now earned what’s called AWS DevOps Competency in the AWS Partner Network, and by revealing its new Application Orchestration abilities, designed to orchestrate, deploy, and manage applications “whether they’re deploying (on-premises), in the cloud, on bare metal or via containers,” according to the company.

Remember, disruption by definition is unexpected, often coming from places not on the radar screen. AWS has been The Great Disruptor of enterprise IT for a few years now. On a smaller scale, yet in a way that’s significant to the Cloud Foundry community, Puppet looks to be playing the same role.

Cloud Foundry Advisory Board Meeting, May 2020: CI and Logs at Scale
Read More
250

Dell-EMC: What Is Michael Dell Thinking?
Next

HP’s Public Cloud to Ride into the Sunset
CATEGORIES