A Panel: The Changing Token Economy and Why ICO Regulation Is a Must

by Carlo GutierrezSeptember 25, 2018
Several blockchain experts discussed why ICOs may be viewed as an unreliable investment, and how security token offerings and regulation could change this.

Since 2017 and well into this year, blockchain-based offerings have been making the headlines for both the best and the worst reasons. While blockchain success stories like Everledger do exist, they are getting overshadowed by the sheer number of fraudulent initial coin offerings (ICO), which are reported to have raised upwards of $1 billion.

At a recent Hyperledger meetup held in Los Angeles, a panel of blockchain experts, moderated by Gregory Skerry of Altoros, discussed the current state of the ICO market, what other blockchain-based offerings appear out there, and what investors better pay attention to. The speakers were Darren Marble of CrowdfundX, Nish Patel of Token Advisory Group, and Naeem Al-Obaidi of SnipersTube. 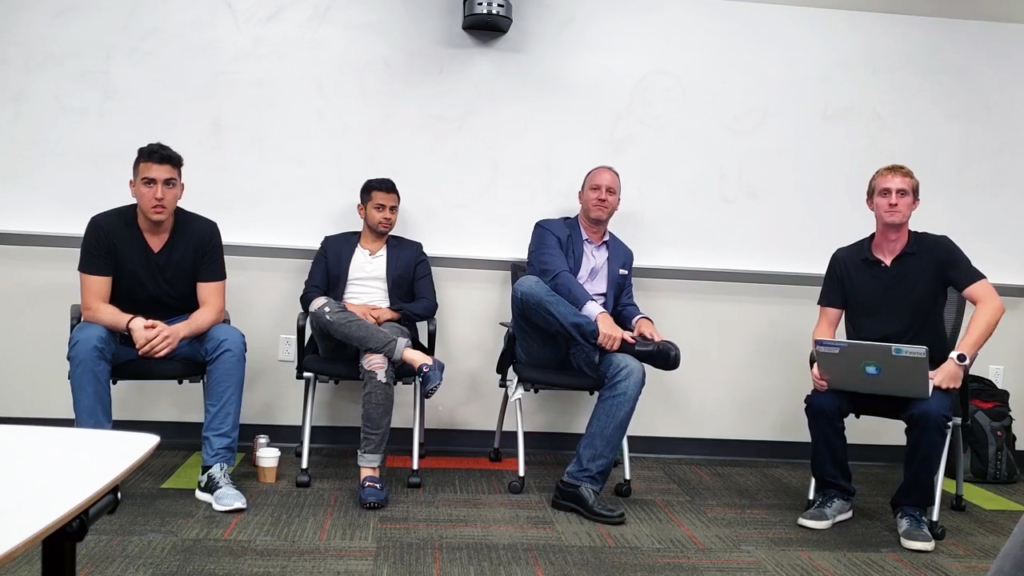 Are ICOs on the decline?

While the number of ICOs are increasing, the market around them is actually winding down, as noted by the experts. “In my opinion, when a person hears ICO, consciously or subconsciously, he’s thinking of scam, theft, fraud, and hacking,” said Darren. “There’s this fantasy of a self-regulated market, which is precisely that, it’s a fantasy. Unregulated markets are red blood to scammers.” 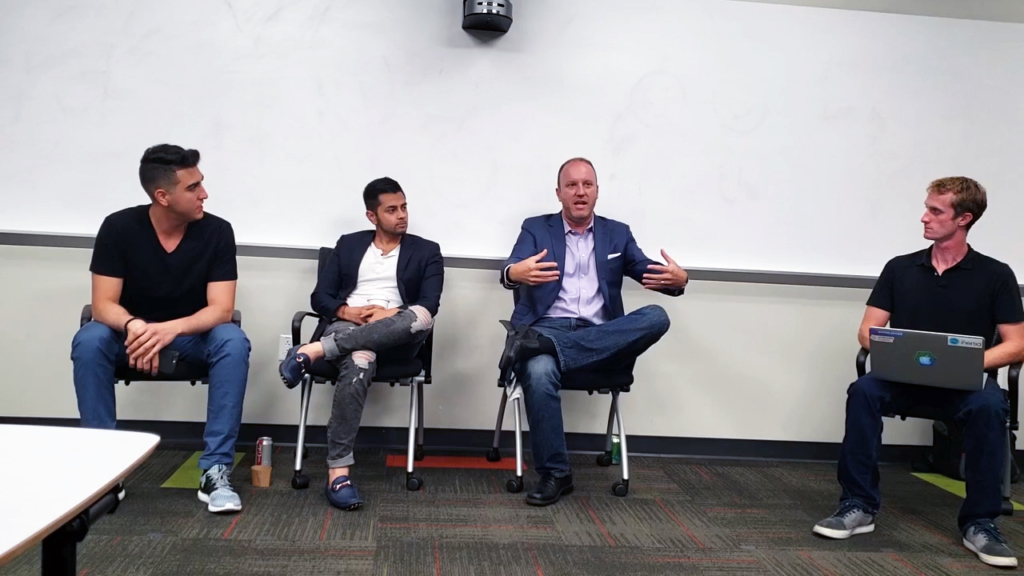 Rather than focusing on ICOs, the experts instead urged investors to pay attention to security token offerings (STO). “I see the ICO market winding down and the digital securities or security token market heating up,” explained Darren. “It’s a digital asset that’s compliant with federal securities laws run on a blockchain.”

“I’m seeing a movement away from ICOs. I don’t think all ICOs are scams. There are some great ICOs. In general, it’s just a very risky investment. We’re seeing a movement toward regulated token offerings, which I think are the future.” —Darren Marble, CrowdfundX

According to Nish, the regulatory climate is starting to figure out how to draw lines. Investors are being a lot more selective in the companies they invest in, but also knowing the terms they get. He thinks that there’s a lot more thought now being put into building more sustainable models with security tokens being the new structure that investors are going to seek.

“STOs are obviously where the future is going,” added Naeem. In his opinion, the most important, revolutionary aspect of the market now is the creation of a new economic system—token economy.

What are security and utility tokens?

According to Naeem, new blockchain-based offerings are doing more than just security tokens to move away from ICOs. “A lot of companies are doing a combination of security and utility tokens together to bypass that whole mantra of ICO,” he explained. “We’re seeing that as a very effective strategy.”

As an example, Naeem referenced one of the organizations he’s working with. “With Monarch, we’re doing a security and a utility token,” he commented. “It offsets the regulatory pressure when you do that. It allows you to create an economic system with tokens, but also have it under the right regulatory principles.”

Nish, however, clarified that not all companies are going to need utility tokens. “If a token is going to be used just as a medium of exchange or as a payment, then it’s not really necessary, because that just adds a layer of unnecessary friction.”

“When it does make sense to have a utility token is when it’s a stable coin, which is essentially when the tokens are collateralized by some sort of an asset or they’re tethered to something like the US Dollar or a hard asset. In that case, it does make sense. Consumers don’t want to see volatility.” —Nish Patel, Token Advisory Group 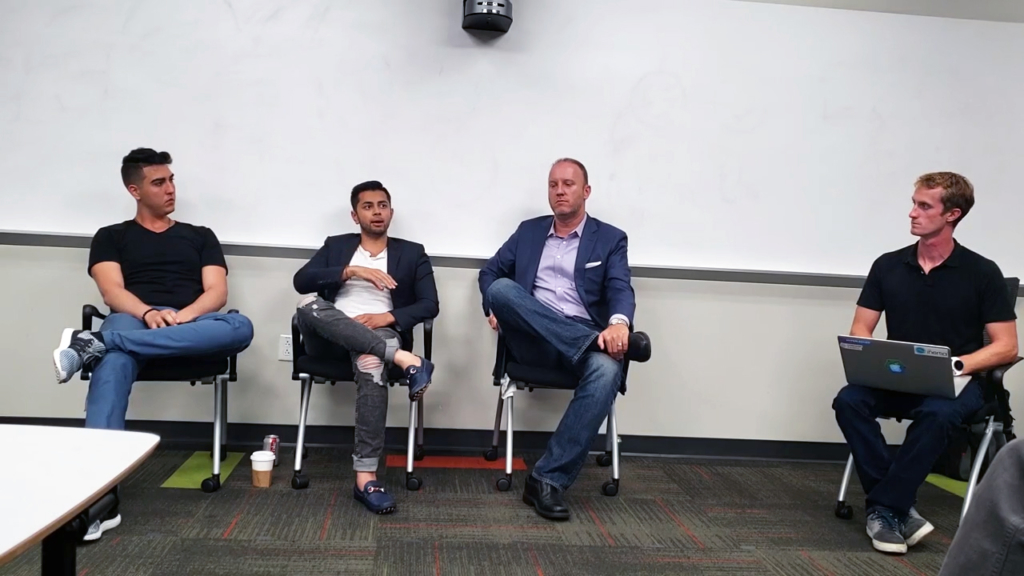 Use cases driven by the token economy

With major organizations like IBM, Oracle, and Facebook employing blockchain, we’re likely going to see more and more enterprise use cases. “IBM today has over 1,500 people dedicated to working on blockchain,” noted Nish. “Facebook recently banned marketing for crypto and ICOs. They reversed that ban. They’re looking at blockchain now as a more serious mechanism for payments.”

He also brought up use cases for improving the efficiency of supply chains. “For every $100 bought in prescription drugs, $41 goes to intermediaries in the supply chain,” said Nish. “With the Internet, you already have that online delivery platform, which allows you to bypass the brick and mortar. Using blockchain, manufacturers can skip the wholesaler and the brick and mortar to go directly to the consumer.”

According to Darren, security token use cases are moving towards tokenized funds and stable coins. He also compared the current adoption rate of blockchain in the enterprise to the growth of the software-as-a-service model years ago. “Enterprise businesses have to generate results,” he explained. “They need to have some ROI or some tangible outcome that’s measurable for this market to really explode.” 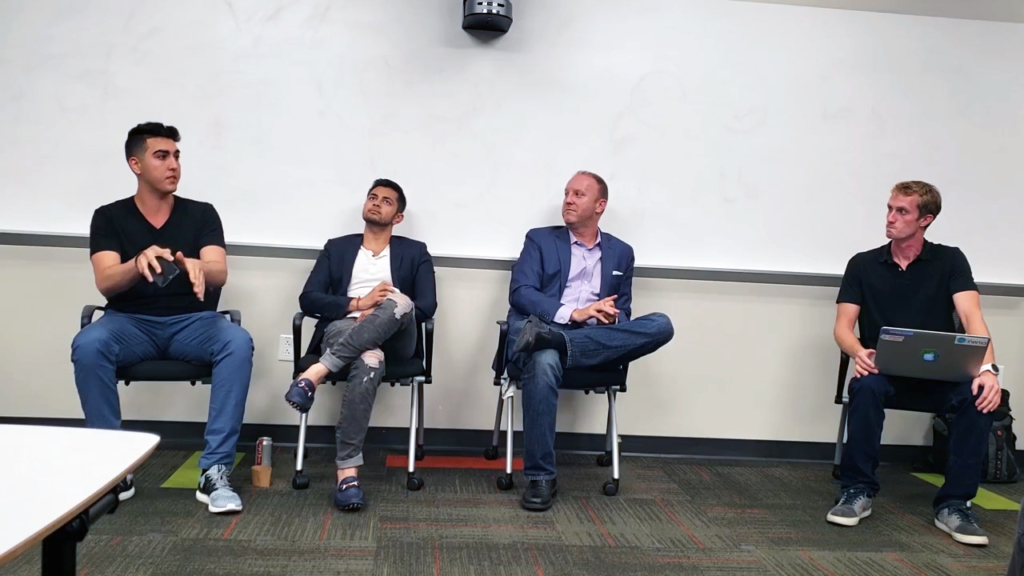 Private enterprises are also starting to experiment with blockchain. “We see established business looking to gain the benefits of converting paper shares into digital tokens,” Darren continued. “Now, we’re seeing enterprise business or privately held companies that have established operating histories and revenue looking to gain the benefits of tokenization.”

Naeem posed the idea that established organizations with massive user bases would come up with the most useful blockchain use cases. “A lot of people have their eyes on these STOs and ICOs,” stated Naeem. “In reality, you should also look at the traditional companies that are experimenting with blockchain and are trying to incorporate it into their business model.”

“The most useful use cases are going to come from the already established companies that already have a user base. It’s just a matter of which companies are smart enough to use the token economic system to their advantage to really revolutionize their business.”
—Naeem Al-Obaidi, SnipersTube

The lack of regulation is still a challenge

While each implementation of blockchain will have its own set of technical challenges, the panel agreed that the biggest issue involving the entire ecosystem has to do with regulation. “Regulation is not a popular concept globally,” said Darren, “The whole blockchain movement is about cryptoanarchists. It wasn’t started by regulators or the Wall Street guys. The whole essence of it was to get away from them.”

The inherent problem with an unregulated blockchain-based offering is that it is open to all sorts of exploits and vulnerabilities. “The lack of regulation brings in all these bad actors and it scares people,” emphasized Darren. “Most public companies are scared of cryptocurrency and blockchain, because the first thing they think is bad people. There are bad people in the space, and they’re trying to hack into our business.”

“At the end of the day, these markets need regulation, investors need protection, and investors have to win. This idea of a self-regulating utopia obviously is not true.”
—Darren Marble, CrowdfundX 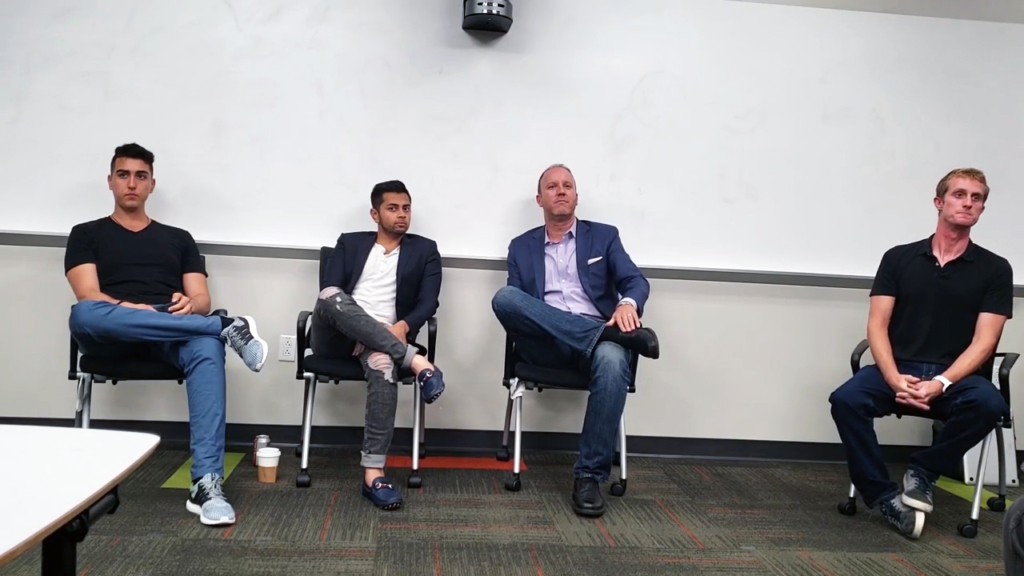 In 2016, a panel of financial experts addressed the need for regulation in the blockchain space. Two years later, the issue is still relevant.

Hopefully, blockchain companies are learning from these mistakes. Investors will only tolerate so much loss. It’s time to develop with regulation in mind, because, as Darren put it, the idea of a “self-regulating blockchain utopia” is just a fantasy. 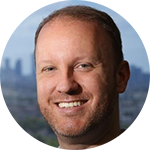 Darren Marble is CEO of CrowdfundX. Under his leadership, CrowdfundX marketed historic Reg A+ IPOs to NASDAQ (FAT Brands), NYSE (Myomo), and OTC Markets Group (Elio Motors). He served on the Board of Directors with the Crowdfunding Professional Association (CfPA) and is a Co-Founder of the Crowd Invest Summit, producer of Crypto Invest Summit. Darren is a Contributor for Business Insider and Inc., and his insights have been featured in the Wall Street Journal, the New York Times, Forbes, and the Los Angeles Business Journal. 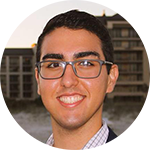 Naeem Al-Obaidi is Founder of SnipersTube, where he advises individuals and companies on crypto. He also serves as Advisor to WORBLI and Monarch. Naeem currently resides in Hollywood, California, but travels around the United States promoting crypto and providing value to different communities interested in this industry. He has over 100,000+ followers combined on YouTube, Instagram, and Facebook focused on his area of interest. 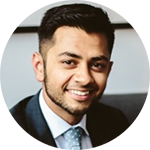 Nish Patel is focused on token economy and token structuring. He is also involved in token research and pushing thought leadership in the blockchain space. Nish has a background in investment banking, which he now uses to build sustainable token models.