Altoros implemented robust functionality for the Web application with a capacity of storing, processing, and delivering thousands of videos. Viuco provides an advanced interactive search and is integrated with a payment system. An appealing and simple design contributes to the overall company’s image.

Viuco SRL turned to Altoros to build an ecologically friendly video system that would enable viewing, buying, and selling goods or services through video commercials submitted by vendors.

Viuco emphasized the importance of a Web 2.0 design (year 2008) as the main tool for building a strong image of a successful company that provides cutting-edge technologies and services.To ensure a high level of the system performance, the team of Ruby on Rails developers used relational databases and solutions based on queue. Delayed_job, a querying system for Rails, allowed putting off the requests and arranging them in a queue for further processing. RabitMQ is planned to be utilized to enable registering tasks so that to reduce the load on the server.

Initially, Viuco SRL suggested using Rackspace for CDN and hosting. To ensure the most effective cloud solution, Altoros decided to conduct a thorough research and comparison of the most popular cloud hosting providers. The platforms were compared according to a set of parameters that included: scalability, performance, an ability to deal with large volumes of data and traffic, and availability number of other necessary services. As the result, the list of hosting providers was shortened to Rackspace and Amazon.

Further, the team started testing the solutions according to technical parameters. While Rackspace demonstrated better results in terms of response time, load balancing, maximum requests per second, etc., it enabled only a progressive download, which meant that the video file would began to play only after a certain amount of data had been downloaded on a local computer. Amazon allowed starting broadcast without any delays with AWS’s live streaming which was crucial for good end-user experience.

All the results achieved were organized to provide a clear visual comparison of benefits and issues the providers feature. In general, Rackspace was ranked higher than Amazon but the ability to stream video instantly made the latest the better choice for a project. Taking into consideration all the requirements and acquired data, Altoros suggested to utilize CloudFront, Amazon CDN, EC2 for hosting, and S3 for storage and performed the data migration.

The developers implemented a powerful application that streams video without any delay, provides for data searching and sorting, enables online payment and performs greatly under a high load. The advanced searching options allow visitors to find places or services that are offered in their location and see the results on Google Maps.

The pre-production testing demonstrated that the application can support over 25,000 corporate profiles with dozens of thousands videos, in total. Even under a heavy load like that, the system remained stable, performed fast, provided users with necessary scalability, and loaded any video of excellent quality in a split second. 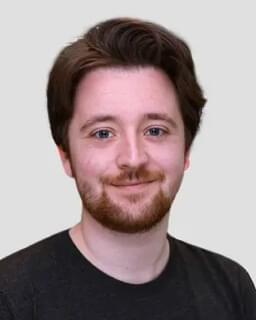